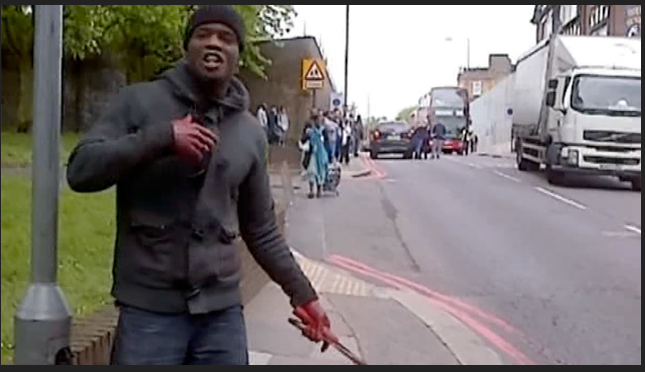 Drummer Lee Rigby, stabbed in the street where he worked as a killer for the Queen, was it obscene?
Filmed on a mobile, the black muslim man with a knife in his hand had his say: Afghanistan for a day.

All the liberal people,
where does the war come from?
All the British people,
their wars will all come home.

Drummer Lee Rigby, his family cries for the TV news, they quote official views.
Martyred in Woolwich, the world knows his rank and his name, Afghans can’t say the same.

All the liberal people,
how was that viral fright?
All the British people,
will they face a war tonight?

Another ‘Raggie’, he’s in the wrong place, at the wrong time – so it’s not a war crime.
Young Prince Harry, said that killing is like a video game, medals hide the shame.

All the liberal people,
why do you fight abroad?
All the British people
You are not the world’s landlord.