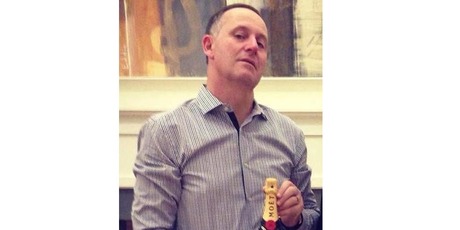 Key’s argument that we can’t afford MANAs $100m per year to feed every child a breakfast and lunch in every decile 1 & 2 school is a disgusting moral indictment on this Government when you consider they have managed to find $400m per year to give to the richest NZers in tax cuts.

This is corporate welfare. Sanitarium made $86.1 million in 2011 but paid no company tax because they are a religious ‘charity’ while Fonterra owes its economic dominance to all of us allowing them to operate like a monopoly. So these two money making powerhouses actually owe NZ, it’s not an extra length they are going to here. Fonterra owe us for allowing them to operate like a monopoly and Sanitarium owe us because they don’t pay any bloody tax. Allowing them to play the white knight routine is a corporate welfare for their brands.

The simple reality is that Key resents poor people.

-Key described the ideas of a panel of experts recommending poverty alleviation as ‘dopey‘.

-Told Church leaders in December of 2010 that “If we cancelled welfare to 330,000 people currently on welfare, how many would starve to death? Bugger all.”

Like most wealthy right wing individuals, Key sees his success as entirely made by his own talents. Society hasn’t helped, his position in the patriarchy isn’t recognized, his role in society as a white straight male never considered, he succeeded because of him. This personal worship of ones own abilities leads one to also believe that people less fortunate deserve whatever fate throws at them because they are to blame for their position in life. Key admitted as much when he blamed those in poverty for needing food parcels, it wasn’t him siphoning off $2billion in tax cuts for the wealthiest and a cut back in social services to mitigate poverty that were to blame, oh no. It was the beneficiary themselves. 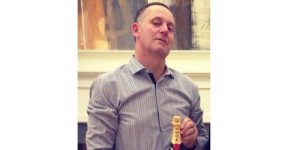 And we wonder why eradicating child poverty can’t be as important a goal as getting into budget surplus by 2015.

Key’s opinion poll driven re-positioning of his stance on feeding hungry children suddenly makes David Shearer’s same position of blaming the parents look as mean as it is stupid.

The problems with Key’s plan are numerous..

– There are simply too many children still left hungry. Fonterra and Sanitarium’s KickStart programme are in 571 decile 1-4 schools but there are 1024 of these schools.
– The breakfasts will only provided to some kids. The problem is that by making them targeted in this fashion alienates and demonizes the kids needing it and overseas research shows that universal is better to avoid this type of naming and shaming.
– MANAs ‘Feed the Kids’ Bill allows a range of food, not just milk and west-bix. For those who are lactose intolerant or allergic to gluten or wheat, Key’s announcement doesn’t go far enough.

The privatisation of child poverty using corporate welfare over actual welfare is a bastardisation beyond irony and mockery.