Governments and aid agencies have to tackle the politics and power at the heart of the increasing effects of climate change, rising inequality and people’s vulnerability to disasters according to a new report published today by Oxfam.

The report, No Accident: Resilience and the inequality of risk, shows that the risk of disaster is being dumped on to millions of people living in poverty while the lifestyles of the rich world relentlessly pumps carbon into the atmosphere. And while in the rich world the majority of people can cope relatively well with unexpected shocks, most people in poor countries cannot. Some 90 per cent of workers in least developed countries have no social security and 97 per cent of people on low incomes have no insurance cover making them highly vulnerable to disasters, food hikes and or illness – 100 million people fall into poverty just because they have to pay for health care. Women are particularly vulnerable because of their economic, political and social status.

The incidence of extreme weather-related events is increasing and more people are living in places that are susceptible to disasters. Since 1970 the number of people exposed to floods and cyclones has doubled.

“Inequality is driving up poor people’s vulnerability. Vulnerability is not a random twist of fate. Risk is actively being dumped on to people. While rich countries reap the benefits of carbon-spewing economic growth, those in the world’s poorer countries suffer the consequences. Aid can help soften the blow but if we are to tackle the injustice of this we have to deal with the inequality of power and politics that make people vulnerable. That means rich countries reducing the risk of climate change, governments everywhere reducing inequalities and giving poor people a voice in decisions that affect their lives. It also means the aid world changing the way it does business and working more effectively at supporting people to cope better with crises,” said Debbie Hillier author of the report.

The report calls for a fundamental shift both in overcoming emergencies and reducing entrenched poverty. It calls on governments and aid agencies to ensure that efforts to boost economic growth are matched by efforts to manage risk and to reduce inequality – they must go hand in hand. National governments must ensure that their poorest citizens are protected in times of crisis and can access essential services like health and education, funded by more progressive taxation.

The aid world, including Oxfam, also needs to change and end the divide between short term humanitarian work and the long term development work. This will require both a transformation in working culture and much more flexible funding

The report also goes on to say that development work cannot be predominately targeted in largely stable environments. The world is shifting radically. By 2015, half of all people living with less than $1.25 a day will be in fragile states and conflicts, and millions more will face disasters from global economic or environmental changes that seem out of control.

Oxfam says that the aid world’s new focus on ‘resilience’ – building poor people’s ability to cope with crises – is far too much focussed on technical fixes and needs to take into account the politics and power that make people vulnerable.

Read the report in full 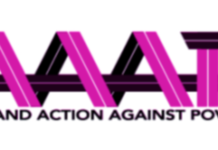 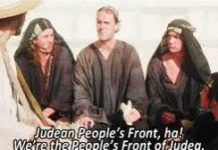