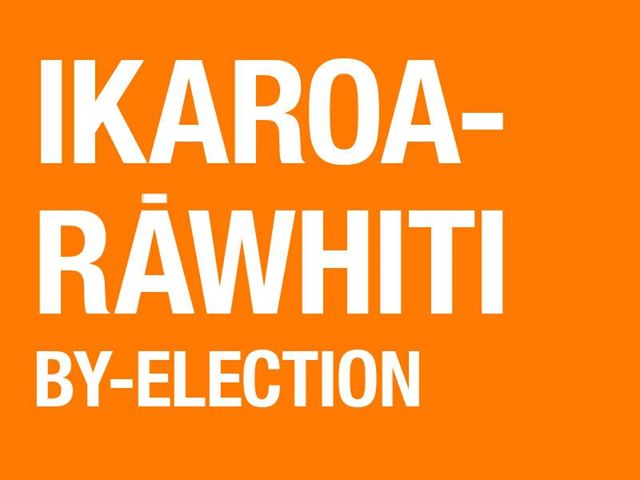 A generational shift is occurring. Meka, Marama, Na and Te Hamua aren’t from the old Maori world. The field confirms that Maori politics is responding to the structural changes in Maori society. The Maori population remains overwhelmingly young, increasingly pluralistic and shifting towards a post-settlement society.

Choice in an election is singular: you only get one vote. That’s not hard when you have to choose between, say, Lianne Dalziel and Aaron Gilmore. Here, though, there’s a genuine contest.

Mana and the Maori Party have secured a week worth of momentum. Te Hamua (literally) hit the ground running while the Maori Party joined Na on a Hawkes Bay road trip. Our mate Marama has the profile and the political nous to generate immediate momentum. However, the smart money remains on Meka.

It’s hard to run an election without existing infrastructure. The time pressure that a byelection imposes makes it doubly hard. Labour is well placed to leverage off of their knowledge of the electorate and the energy the party selection has generated. Meka, as a former political staffer, has the skills to generate and influence national coverage too. The Greens, Mana and the Maori Party are at a structural disadvantage. Having said that, any party can win on the issues.

There are three key issues: employment, education and housing. Maori youth unemployment is a “crisis” with more than 30% unemployed, the “long, brown tail” remains and house prices are pushing Maori beyond the margins. Local issues like oil exploration, school closures and the Napier to Gisborne rail link will be equally important.

The Maori Party is vulnerable on most issues. The party has presided over an explosion in the Maori unemployment rate and negligible improvements in Maori education and housing. In Maraenui, a suburb of Napier, the government has let empty state homes fall into disrepair. Maori in the suburb expected Tariana Turia, as the associate Minister of Housing, to do something. Alas, inaction. The Maori Party is vulnerable to accusations that they haven’t done enough to insulate Maori against the worst effects of the global recession and the government’s austerity agenda. On the other hand, Mana isn’t tainted and can plug into Parekura’s legacy – feed the kids.* Mana is entering the race with a clean slate and some control over the agenda. After all, Hone created and controls the feed the kids narrative.

Labour, like the Maori Party, is tainted. Foreshore and seabed! Then add Urewera raids. They’re effective sledges, but Meka can counter claim that Labour presided over low unemployment, a 67% increase in Maori tertiary students and the establishment of Maori Television. Labour’s plan to build 100,000 new homes, NZ Power and Moana Mackey’s work on the Napier to Gisborne rail link places them in a strong position too.

However, Labour sits uncomfortably on oil exploration. Shane Jones is a convert and an advocate for it, but oil sits uncomfortably against kaitiakitanga and the feeling in the electorate. Remember that Ngati Porou mounted effective and widespread opposition against Petrobras in 2011 and 2012. Feeling against oil expoloration hasn’t changed, if anything it will harden with continued attempts to open the land.

Enter Marama and the Greens. Their position is clear: no oil exploration, drilling or otherwise. That position sits better with Ikaroa-Rawhiti. There are twin imperatives at play. Economic development (many iwi in the area have recently settled) and preservation of Maori values and papatuanuku. I think the latter wins out and offers a stick to poke Labour and its candidate.

All things considered, the byelection is going to be won by whoever inherits the mana and goodwill Parekura generated and whoever is seen to embody his legacy. Kanohi kitea, feed the kids and so on. Every candidate is well placed to do so.

Lastly, let’s join together and congratulate our mate Marama Davidson. We’re wishing you all the best, e hoa. If anybody embodies the generational (and gender) change that the Maori electorates need, it’s Marama.