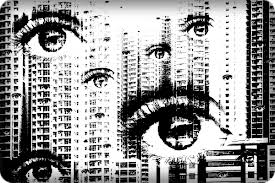 In the strangest column of the week, security consultant and former NZ Army analyst Aaron Lim stated that the extending the GSCB’s powers could protect us from a Boston or Madrid styled terrorist attack. Stating that “a quick scan on the global map reveals a global environment filled with conflict zones, ranging from the traditional battles between nation states in North Korea; a protracted civil war in Syria and low intensity attacks such as Boston and Madrid”, Lim’s claims, hyperbolic as they are (anyone who loses sleep over Syrians attacking here probably needs their head checked), are worth examining as they engage with some of the key debates around the surveillance society that is being promoted as a solution to potential unrest in New Zealand.

The widespread uptake of digital technologies in the last 20 years or so and the enhanced possibilities that this has offered for tracking has been accompanied by a loss of privacy for individuals at a level never seen before in history. Think, for example, of the way that an individual is photographed more than 300 times per day in the course of their daily existence in London, the city with the most CCTV in the world; the way that every communication is scanned and is checked for keywords in the United States; or the way that companies could sell technologies to change the content of activists’ emails in a failed attempt to stop the uprising in Tunisia.

As William Staples highlights in his work Everyday Surveillance (2000), the notion that such surveillance only affects those that are outside of the law is somewhat mistaken. The technology is by its very nature pre-emptive of crime in its dependence on keywords. What this means is that essentially gross invasions of privacy are exchanged for this extra information.  While this might seem like a good idea, think of how this information can be misread. One example that springs to mind is the UK woman Naomi Oni who suffered an acid attack earlier this year. When she complained to police, they began investigating her because her internet searches prior to the incident revealed that she had Googled Katie Piper, a former model who also had suffered an acid attack. Another woman has been charged with the attack, but the incident demonstrates how easy it is to put two and two together and get seven.  This, together with the contemporary research that tells us that the reasons that people harm others are complex and can’t be condensed down to simple equations of radicalization equaling terrorism, explains why the record on preventing terrorism even with the increase of surveillance powers has been somewhat woeful.

The notion that more surveillance might have prevented the Boston bombings is absurd and demonstrates a general lack of knowledge of the security environment that has pervaded in the United States since 9/11. As this Washington Post investigation reveals, 854,000 people have top level security clearance and people within the industry feel that the number of people engaged in surveillance has grown so exponentially in the last decade that it is impossible to tell how much the state spends on it, and which agencies double up in monitoring. Or in other words, if the GCSB is as inaccurate as Rebecca Kitteridge’s report on the GCSB operations finds, the new legislation opening up this department for foreign agencies to spy on New Zealand citizens further exposes our citizens to the threat of surveillance that operates outside the law or for reasons that don’t hold up to the kind of scrutiny that warrants this level of intrusion.

The Tsarnaev brothers allegedly responsible for the Boston bombing highlight this problem. While they had been flagged by the US along with no doubt hundreds of others on a watchlist, they don’t really fit any traditional paradigms of theories on radicalization leading to terrorism – for a start they did not leave a statement, and new information is emerging implicating the older brother in the murder of three people in a botched drug deal (hardly an example of piousness).  All that surveillance and what do we see? Mob mentality. Speculation on Reddit that a young student is the backpacker bomber, leading to his suicide. A plane forced to turn around back to Boston because passengers object to some passengers speaking Arabic. And the FBI interrogating Saudi students with rice cookers who are making dinner for their friends. The fact is that there is no simple equation for why people go out and do these things. The current categories are as woefully inaccurate as the FBI’s Freudian profiling of serial killers. If creating a surveillance society was so successful in preventing crime, there is no way the FBI would be following students cooking kabsah.

It is not a stretch to imagine that in future years the amount that is currently spent on surveillance in societies like the US and the UK is considered wasteful in light of the failure to prevent terror attacks. If the experience following 9/11 has taught us anything at all, it is that while some surveillance is necessary for state security, we should be keeping an eye on what can easily become bloated departments where the call for secrecy outweighs any need for rational oversight. And this is why I absolutely cannot see the benefits for New Zealanders in rushing through legislation that increases the GCSB’s ability for surveillance without further review into first ensuring that their current operations conform to best practice. This is the stupidity of phrasing such arguments as two dichotomous poles – of course there needs to be some surveillance, but of course we need to carefully examine as a society what the boundaries of that should be.