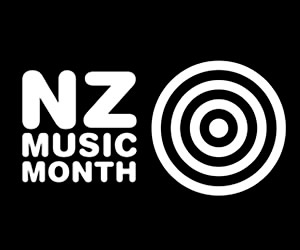 It was somewhat ironic that One News started off their coverage of this year’s music month by promoting an Australian band. In fact using the word coverage is being very generous, as there has effectively been none from our mainstream media outlets.

Of course Kiwi music couldn’t succeed without commercial support, which is why NZ Music Month was set up in the first place. It was meant to remind the mainstream media about how great and diverse New Zealand Music is. It was also meant to ensure television and radio reflects our cultural identity. Unfortunately that no longer appears to be the case.

The problem isn’t that New Zealand has a lack of culture or talent. In fact Kiwi’s in general punch well above their weight when it comes to musical ability. The issue is one of funding to ensure new talent is properly identified, developed and promoted, both here and abroad.

In my opinion, that’s where NZMM completely fails, because it only looks to promote established acts to increase sales revenue of usually ancient material. Like NZ on Air, there is no additional funding or exposure for up and coming acts that have not already made it, which means that if one was to rely on the myopic view of our mainstream media, the music industry in New Zealand appears to be old and stale.

With voluntary local content targets the mainstream media usually chooses safe bets or cheaper content from overseas, to the detriment of innovative local artists. This is especially the case during the other eleven months of the year when the mainstream media typically ignore music that’s made in New Zealand. We support NZMM they say, and they even have the stickers and T-shirts to prove it.

Despite their claims of success, New Zealand music content on commercial radio has consistently been below the 20% target set in 2006 and continues to decline. Also, first run local content (excluding News/Current Affairs and Sports) has declined by around 1,100 hours since 2008, which is a 29% decrease in local content on television since National gained power.

Over the last year, government funding for public broadcasting services reduced by another $10 million, with funding for New Zealand music through NZ on Air declining by 11%. This is despite nearly 80% of New Zealanders supporting such initiatives, with a similar amount likely to also support NZMM.

It’s a pity such widespread public support isn’t reflected by our mainstream media and the current government. Instead they prefer to import a cultural identity that doesn’t reflect what it means to be a New Zealander at all. It’s little wonder then so many Kiwi’s are feeling disillusioned and leaving for a brighter future overseas.

While the IRD has attained funding of $1.5 billion for new computers, farmers have $500 million for new irrigation and sports has all the funding, facilities and media coverage it could ever require, a lack of proper finance and promotion of New Zealand music will ensure NZMM will never reach its full potential.