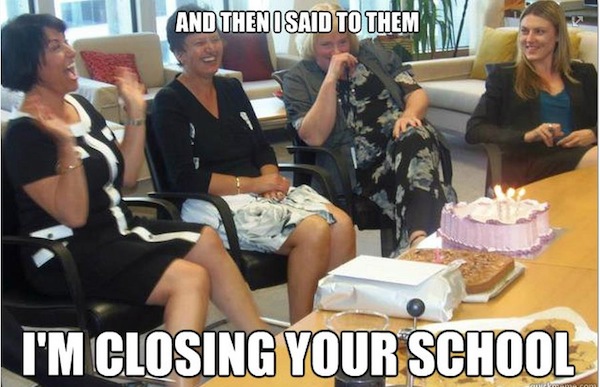 Hekia Parata has announced the closure (“merger”) of four schools in Aranui, Christurch,

By sheer coincidence (?), all four schools happen to  be situated in the electorate of Christchurch East.

As National’s electoral support continues to drop  in the polls, closing schools in National held seats (Christchurch Central, Ilam, Waimakariri, and Selwyn) would not do the government any favours.

So when this right-wing government – which has demonstrated an unerring ability to act ruthlessly when it suits their interests – is going to close schools, causing more misery for the locals, they target a Labour electorate.

Or maybe it’s just a sheer coincidence that all four schools are in Ms Dalziel’s electorate and none are in a National held seat?