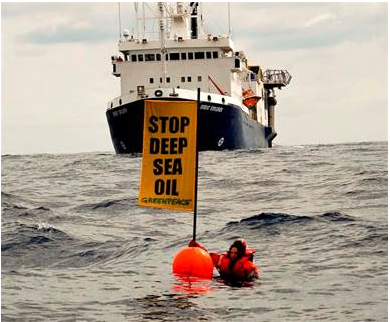 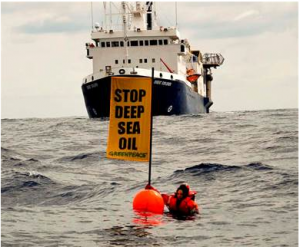 NOTHING IN THIS WORLD is more corrosive of national sovereignty and human decency than oil. The antics of Energy Minister, Simon Bridges, and his National Party colleagues, this past weekend, reveal the extent to which this Government has already been stripped of both its power and its ethics.

To facilitate the energy barons’ search for oil and gas, New Zealand’s Exclusive Economic Zone (EEZ) a vast expanse of ocean, 1.7 million square kilometres in area, has been comprehensively protester-proofed. The oil exploration companies frightened off by the successful Greenpeace and Te Whanau a Apanui campaign to drive Petrobras from the Raukumara Basin are being reassured by the National-led Government that there is now nothing for them to fear. (Or, at least, nothing the NZ Police and Navy, $10,000 fines and two years jail-time can’t intimidate!)

Labour and the Greens have condemned Mr Bridge’s latest legislative fix as a breach of the United Nations Convention of the Law of the Sea (UNCLOS). As proof, the Opposition is directing interested citizens to a helpful MFAT website in which the rights and restraints pertaining to sovereign states and the sea are succinctly spelled out:

The Cabinet clearly holds a different view. Mr Bridges himself points to Australia as proof that national mining and oil extraction rights can indeed be asserted well beyond the 200 nautical mile UNCLOS limit.

Upon closer inspection, however, Australia’s record offers little in the way of reassurance. The vast oil and gas reserves located below the Timor Sea have been eating away at the ethical organs of the Australian state since they were first discovered more than 40 years ago. To secure those reserves, successive Australian governments have been prepared to not only dance, but to drill, with the Devil in the pale moonlight of the Timor Gap.

First up on their dance card was the murderous regime of the Indonesian military dictator, Suharto. In 1989, in return for the 15 years Australia had spent studiously ignoring the slaughter of East Timorese resistance fighters and civilians by the Indonesian armed forces, Suharto granted the Hawke government the lion’s share of the Timor Sea’s oil and gas fields.

When Suharto fell in 1998, the Australians were quick to dispatch troops to East Timor to protect what they saw as “their” oil. When Mari Alkatiri, the first prime minister of the newly “independent” Timor Leste, attempted to negotiate a fairer deal for his people and made it clear his government was willing to offer exploration and refining rights to the Chinese and the Norwegians, the Australians orchestrated his overthrow by local (Australian-trained) police and military forces more willing to accommodate their much larger neighbour’s interests.

So determined were the Australians to resist any attempt by Alkatiri to secure a greater share of the billions of dollars-worth of the Timor Seas’s oil and gas reserves for his war-ravaged and impoverished country that the Howard government announced it would no longer submit to maritime border rulings by the World Court.

Perhaps this is the precedent Mr Bridges had in mind when he told Radio NZ’s “Morning Report” of 20/5/13 that:

“We have the ability to extract natural resources and also to enforce our rights in relation to that.

There were, however, other resources Mr Bridge’s and his advisors could call upon prior to rushing the Crown Minerals Amendment Act through all its stages over the weekend.

Mr Bridges would almost certainly have been interested in the following clause from the SUA’s definition of “Maritime Terrorism”:

Since 9/11 there has been no shortage of international instruments specifically designed to control the expression of political dissent – particularly physical protest involving direct confrontation with agencies, or those under the protection of agencies, of nation states.

The imagery of the water-borne protests of the 1970s and 80s, currently featuring in Greenpeace’s “Right To Protest” advertising campaign, comes down to us from a more innocent political age. A time when someone as respectable as Sir Geoffrey Palmer could observe without irony: “New Zealand is a remorselessly democratic country.”

In a curious way, it is the legacy of that remorseless democratic spirit that is informing the hard-line position of Mr Bridges and his National Party colleagues. If the Left has forgotten that it once had the power to move governments and dictate the political agenda, the Right has not.

Bereft of any better ideas for boosting the country’s economic performance, the National-led government is hoping that a deus ex machina – in the form of an oil drilling platform – will descend to the political stage and retrieve its fortunes. The ambitious Mr Bridges has promised his colleagues that no protesters will be permitted to hinder the machine’s descent. And since this particular contraption is being supplied by the oil exploration industry, Mr Bridges can rely upon some of the most evil bastards on Planet Earth to help him keep the “Maritime Terrorists” at bay.

Coming soon to beach near you: the industry that brought Alaska the Exxon Valdez and the Gulf of Mexico the Deepwater Horizon.

Preserving our national sovereignty and asserting human decency is not going to be easy.