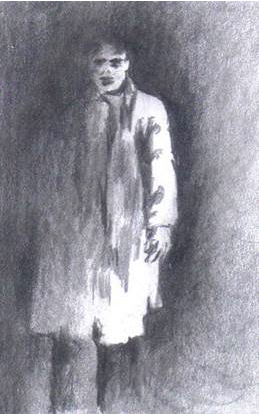 THE DESTRUCTION OF AARON GILMORE in 2013, like the destruction of Winston Peters in 2008, was a disturbing spectacle. Leaked information from political enemies was the fuel that fed both media conflagrations – piled-on in ever-increasing quantities the moment the fire looked like going out. In both cases there was much more going on behind the scenes than in front of the cameras. It must also be acknowledged that both victims made the persecutors’ job easier by their ill-judged responses.

Exactly why Mr Gilmore was singled-out for such a brutal public execution remains extremely murky. Some commentators have suggested that the arrogant and self-aggrandizing MP fell foul of the small but powerful National Party clique which had parachuted him into parliament.

Clustered around the ambitious Justice Minister, Judith Collins, this far-right group argues that the National Party has positioned itself too close to the centre of New Zealand politics, leaving it vulnerable to the electoral inconstancy of the swing voter. This is, of course, an obvious thrust at what they consider to be John Key’s centrist, “Labour-Lite”, pragmatism.

Though they would run a mile from the policies of Rob Muldoon, they share his strategic approach to New Zealand politics. Rather than pitch National’s message at the middle-class suburbs: the Listener strategy; the Collins faction prefers to court the angry white males of the upwardly-mobile working-class suburbs in the big cities: the Truth strategy. In place of Key’s cautious centrism, “Crusher’s Crowd” would reinstate a twenty-first century version of Muldoon’s right-wing populism.

In 2008, Mr Key calculated that the middle-class suburbs offered the best prospects of victory. That being the case, there could be no repetition of Don Brash’s fatal dalliance with the forces of the far-right.

The relationship with extremist groups like the Exclusive Brethren had been vital to the task of re-gathering the scattered tribes of New Zealand conservatism under a single (National Party) banner. But Dr Brash’s strategy had a fatal weakness: the harder National tacked to the right, the more difficult it became to attract the soft, mostly female, swing voters who, as 2005 proved, constituted the crucial margin between victory and defeat.

In 2008 Mr Key locked those voters in by very publicly cutting the far-right adrift. His bi-partisanship over the anti-smacking legislation may have outraged groups like Family First, but Mr Key didn’t care. As the Maxim Institute put it to their aggrieved conservative brethren: “Who else are you going to vote for?”

The only possible answer to that question in 2008 was “Winston Peters”. But, when it came to thinking about NZ First, National was way ahead of them. The traps had already been set; the leaks already organised; and the traitors already bought. Mr Peters’ enemies knew him too well. Like Sonny Corleone in The Godfather, the NZ First leader was easily provoked and his reactions were much too predictable. Sonny’s enemies got him at the toll-booth, Winston was ambushed at a press conference.

Mr Key’s public declaration that the National Party would not enter into any kind of coalition deal with Mr Peters administered the final coup de grace to NZ First’s hopes. On election day 2008, Labour’s winning margin: the teachers, nurses, office workers and shop-assistants who had made Helen Clark prime-minister; trooped into the polling-booths to unmake her. And the far-right, muttering obscenities, dutifully shuffled-in behind them.

Those in the National Party who understood what had happened in 2008 were, from the very beginning of Key’s ministry, deeply apprehensive. Teachers, nurses, office workers and shop assistants could never form the foundation of an enduring conservative government. As public servants, the first two groups were already in National’s sights; and the loyalty of the latter two would wax and wane with the nation’s economic fortunes. While the Prime Minister’s charisma burned brightly, they might be persuaded to remain loyal, but if it dimmed, or if the Opposition parties ever got their act together, the office workers and the shoppies would be gone – and so would National.

With Ms Clark’s departure the Labour Party also had some strategic thinking to do. Labour’s most obvious strategy, following the defection of their female swing vote in 2008, was to re-orient itself in the direction of the demographic which had been steadily deserting the party since the watershed election of 1975 – the white working-class male.

For a few months, Labour’s new leader, Phil Goff, attempted just such a re-orientation. Arriving at his first annual conference as leader astride a throbbing Harley-Davidson, Goff did his best to present a macho image to his electoral base. Unfortunately for Mr Goff, macho is as macho does. For his new “Good Ole Boy” orientation to be bedded-in and believed he needed to persuade Labour’s very-far-from-macho caucus to embrace their inner redneck and start marching to a down-home alt.country beat. This he could not do. This failure to achieve a radical revision of Labour’s socio-political pitch vitiated Mr Goff’s leadership.

But if Labour didn’t want to reconstruct its electoral base on the strength of redneck pride, there were a hard core of National’s hard-right who recognised its value as an important adjunct to National’s traditional middle-class conservatism. If the deformed masculinity of the rugger-bugger and the petrol-head found no welcome in the Labour Party – why not invite them to join the Nats?

The right has always had a place for the tough-minded (but anti-intellectual) man of action. The sort of bloke who, a century ago, you might have found swaggering down the main street of Waihi in search of a Red Fed head to bash-in. The kind of man who signed-on to the new scab unions during the 1951 Waterfront Lockout. The type of thick-necked, beer-gutted, pig-hunting Kiwi sportsman that female anti-tour protesters learned to identify at a hundred paces, and crossed the street to avoid, in 1981. “Rob’s Mob” had thousands of them; “Crusher’s Crowd” could have thousands more.

This sort of New Zealander has never had much time for democratic debate. A debate suggests at least two sides to an issue – and such people are reluctant to acknowledge any political argument but their own. It’s precisely this sense of utter certainty that makes them so dangerous.

The political party that enlists such men has already abandoned the niceties of democracy. It’s the force a party recruits when it’s planning to use the electorate’s votes as a weapon. Amplifiers of hate and prejudice, they’re the sort of people their party parades as proof that “the ordinary person in the street” is right behind its plans to discipline and punish. And, if that party’s opponents start making too much sense, these are the ones who will shout them down.

Whatever Aaron Gilmore did to offend these hard-nosed apparatchiks of the hard right, their retribution has been swift and certain. Even more disturbing, however, is the willingness of the mainstream news media to do their demolition work for them. Journalists have always been drawn from the ranks of the middle-class; what’s new and different about today’s scribes is their partiality to a “bit of rough”.