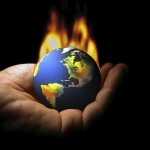 Gareth Renowden’s post: The irrelevance of the rabid right – Why does the extreme right think that — in the face of all the evidence — denying a problem exists amounts to a tenable political position?

Rodney Hide may be on the outer in right wing politics, but he’s working hard to make sure that we know he’s still around. In his Hidesight column in the National Business Review last week, Hide reminded us that he thinks climate change is all nonsense… Read More 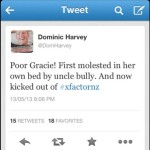 Martyn Bradbury’s post: Dom Harvey has managed to make Aaron Gilmore look sophisticated – Part of Key’s success is that he has depoliticized the role of Prime Minister. He is relaxed about everything, he’s a 30 second youtube clip, a breakfast radio fart noise. It’s hard to debate 25% of children in poverty when the Prime Minister is juggling fish.

This depoliticized haze is commercial radio.

In such isolated spheres as radio land, this type of culture can pass by unnoticed. Educated people don’t listen to The Edge, it’s not something they would consciously seek out, so the thoughts and views of morning Breakfast DJ, Dom Harvey would never be heard by them. Twitter has changed all of that… Read More 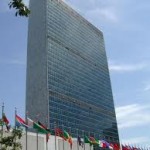 Charles Chauvel’s post: Millennium Development goals – Charles at the UN – Last month, with 1000 days to go until the deadline, the UN published its annual progress report on the progress that has been made to attain the goals. At the same time, discussion has been intensifying about what framework of goals and measures should replace the MDGs after 2015.

The UN Development Programme is the largest UN agency responsible for implementation of the sustainable human development agenda. It’s in dialogue with donors and with the many countries where it works about how best to structure its operations to progress the MDGs; to contribute to the debate about the shape of the post-2015 development architecture; and to organize itself to continue to deliver in that new environment. Read More 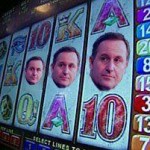 John Minto’s post: Len Brown should hang his head in shame – Skycity concern for the social harm from gambling is nothing compared to its determination to strip the pockets of the poor… The deal is a particularly nasty insult to Aucklanders who have slogged their guts out for years to reduce pokie numbers because these designed-to-addict machines are socially destructive.

Remember all those TV adds featuring the then Manukau Mayor Len Brown surrounded by Polynesian community workers as they celebrated the sinking lid policy for pokies put in place by Brown’s Manukau Council?

That was a time when Brown would have vigorously opposed a deal like this – now he’s the hapless victim of corporate capture. Read More 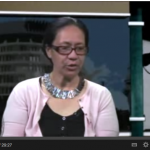 Martyn Bradbury’s post: How Claudette Hauiti makes history – Claudette could bring a whole new voice to National and articulate a Maori perspective National have attempted to reach out to in the past. As a lesbian Maori who knows the reality of poverty in her community, Claudette has the potential to be historical.

If she does one thing…. Cross the floor over MANAs ‘Feed the Kids’ Bill. She could earn far more status if she crossed the floor and allowed the Bill to go to first reading than just seeing out a year in Parliament.

The Bill won’t be voted on until July now and Claudette could use the time to step up for all those hungry children from the fringes who have no voice. Read More 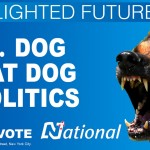 Martyn Bradbury’s post: Nick Smith to privatize State Houses – Affordable housing is all well and good, but at the prices Labour have quoted, that’s affordable housing for the children of the middle classes, what about the working poor and beneficiaries? Are they to be homeless with no pathway to home ownership?

To decide to make life even more wretched and open to abuse by slum lords is legislative cruelty. Shrugging off their social responsibilities by selling state houses are the actions of those wealthy enough not to care and ideologically blinkered enough to be ignorant.

This country becomes meaner by the second. Read More 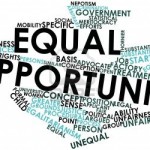 Efeso Collins’ post: Cutting Dream Fono – so much for a diverse student body – Starpath research shows that notwithstanding the poor schooling experiences Pasifika students encounter in high schools, that once they are in the university system, they have markedly improved experiences of academic success. This tells us that there’s something inherently flawed about our secondary schooling system because when given the opportunity, Pasifika students excel in tertiary environments.

Equity outreach programmes take time to have an impact. Over the past decade I’ve met students who tell of the massive impact Dream Fono had on them in terms of (re)identifying their personal and familial aspirations and working towards those goals. Dream Fono was a grass-roots established programme that recognized the values and experiences Pasifika students and families encounter in NZ. It is for this reason that it was successful. Read More 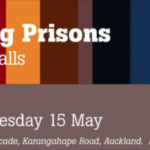 The Liberal Agenda’s post: JustSpeak Forum Tonight! – JustSpeak is holding the second forum in their three-part series called ‘Unlocking Prisons’ tonight. I would highly recommend heading along to this tonight because the last one was fascinating.

JustSpeak are doing an excellent job of challenging a lot of the assumptions made in the current discourse regarding the justice system and these forums are a great way of getting involved in the process of reframing the discussion. Tonight’s forum is entitled ‘Within the Walls’ and will look at the impact imprisonment has on prisoners and their families. Read More