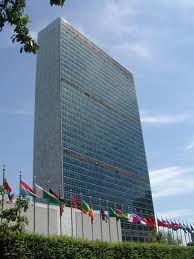 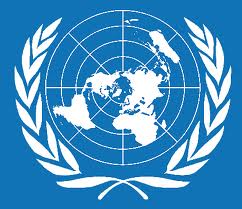 These are the millennium development goals – the MDGs. They were adopted by all 193 countries in 2000 along with a series of targets and measurements – to be achieved by the end of 2015.

Last month, with 1000 days to go until the deadline, the UN published its annual progress report on the progress that has been made to attain the goals. At the same time, discussion has been intensifying about what framework of goals and measures should replace the MDGs after 2015.

The UN Development Programme is the largest UN agency responsible for implementation of the sustainable human development agenda. It’s in dialogue with donors and with the many countries where it works about how best to structure its operations to progress the MDGs; to contribute to the debate about the shape of the post-2015 development architecture; and to organize itself to continue to deliver in that new environment.

A feature of the dialogue has been a growing acceptance of the importance of inclusive, democratic governance as a contributor to sustainable human development. This recognizes the truth that the most successful development is not done ‘to’ people – it’s done in partnership with them.

One of the ways this happens is when parliaments and parliamentarians get involved in discussions about development. Those who ought to represent their voters and be in effective and regular communication with them should know what the needs of their communities are. They should be able to critique and offer amendments to laws that come before them that touch on development issues. And they should be able to scrutinize the effectiveness of government programmes that affect development progress.

Where parliaments and parliamentarians haven’t developed these skills, or where the resources and institutional arrangements haven’t been there to allow them to be applied, the range of programmes already in operation around the world is significant in scope and scale. UNDP is a partner in many of them.

At the Interparliamentary Union Congress in Quito, Ecuador, in March; and in other recent global gatherings of MPs; lawmakers have considered and reinforced these themes. They’ve urged that the post-2015 development architecture should contain a stand-alone goal to achieve and improve democratic governance. And they’ve said that building strong parliaments should be integral to achieving any such goal.

In this context it’s been particularly interesting and challenging to have worked for the past two months in UNDP’s Democratic Governance Group, advising on parliamentary development. The discussion will continue on the increased acceptance of a link between inclusive democratic governance and sustainable human development. The possibilities for progress post-2015, and the work required until then, offer exciting potential.