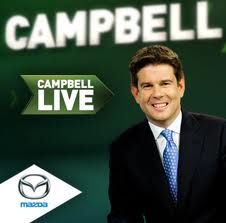 Acknowledgment: Dominion Post – Mum not prepared to wait and die

Allyson Lock, and six other New Zealanders are suffering from a rare condition called Pompe Disease. It is a condition that is treatable – but which PHARMAC refuses point blank to fund because of “price”.

Allyson is “lucky”. She is receiving treatment from a pharmaceutical company as part of a trial. For this, she has to travel to Australia every two weeks. As I wrote in a previous blogpost,

Source: “One should judge a society by how it looks after the sick and vulnerable” – part tahi

There are others with Pompe Disease not so “fortunate”, and PHARMAC’s decision is efftively a death sentence.

This blogger has supported Allyson and her fellow sufferers ( aas well as others with rare diseases). Correspondence with Health Minister, Tony Ryall, yielded this deeply callous response,

Not enough money to fund treatment for ill New Zealanders – but plenty to throw at new BMWs?  Rugby World Cup tournaments?  Or subsidise movies? Or other corporate welfare? Or bail-outs for finance companies? Or pay rises for MPs?

Campbell Live has taken an interest in Allyson, and will be featuring a story on her tomorrow night(Wednesday 15 May).

This blogger encourages the reader to tune in to Campbell (tv3, at 7pm, ot TV3-Plus, at 8pm) and share in Allyson’s story.