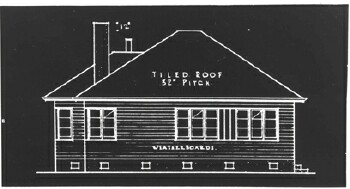 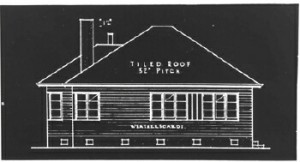 AFFORDBALE HOUSING – it’s the issue du jour. Everybody’s got a solution: National, Labour, the Greens – even Act is waving furiously at the market’s invisible hand in hopes of luring it away from property speculators and towards first home buyers.

And, in a funny sort of way, Act is right. If unaffordable housing is the result of too many buyers and too few sellers, then it’s only by inflicting serious bodily harm to either the demand or the supply side of the market equation that anyone is ever likely to see affordable housing again.

The supply-siders are saying build. As if, by waving a magic fiscal wand, thousands of half-built homes and their construction crews could suddenly be called into existence, and the price of existing houses be sent plummeting. After all, no buyer’s going to fork out half-a-million bucks for a run-down, one-bedroom house in Mt Albert, when, simply by waiting a few months, he or she will be able to buy or rent a new house at a fraction of the current market price.

The demand-siders, meanwhile, are saying reduce. Drain the money pool, says the Reserve Bank Governor. Stop offering mortgages to precariat wastrels with no savings and no self-discipline. With fewer people in a position to make a serious offer, the equilibrium of supply and demand will soon be restored and, once again, young families (with savings) will be able to move into their first home.

Except, of course, the people most in need of a roof over their heads don’t have any savings. And nobody appears to know where to find that magic fiscal wand (not to mention the thousands of chippies and builder labourers required to inflict grievous bodily harm on the supply side).

The poor and real-estate-deprived stand at the very heart of the affordable housing dilemma. As the nation’s tenants they are also, ipso facto, the principal source of income for the nation’s landlords’ – who currently control 45 percent of the nation’s housing stock.

That figure is likely to grow, because the more people there are in need of accommodation, the more incentive there is for the landlord class to acquire additional properties, push up prices and raise rents. No matter if their new tenants can’t afford the higher rents: the taxpayer, through the accommodation supplement, stands ready to make up any shortfall. The landlord class itself doesn’t pay much tax. Any capital gains they make are tax-free, and the IRD’s rules allow them to offset any tax they do owe against the costs of belonging to the landlord class.

All of which suggests that the fastest way to bring relief to those currently paying exorbitant rents, and lighten the burden of taxpayers forced to subsidise their exploitation, is to declare full-scale war on the landlord class and its fiscal privileges.

A “Roof Tax”, exempting the family home, but imposing swingeing fiscal penalties on the owners of multiple properties, could be accompanied by the immediate abolition of the tax concessions currently available to landlords.

Those affected by these new taxes would, of course, want to divest themselves of their multiple properties as soon as possible. Thousands of houses would flood the property market and the average house price would fall precipitately. Those among the landlord class who had borrowed heavily to finance the acquisition of additional rental properties would face ruin – as would the Australian banks which had lent them the money.

To avoid a financial crisis, the State – all cashed-up with a little quantitative easing – would offer to step in and purchase these now unwanted (and unsalable?) properties at a “fair price”. The banks would have to take a “haircut” (thereby returning to New Zealanders some of the billions in profits they had sucked out of the country since the late 1980s). The landlord class, too, would be required to relinquish much of the wealth which, for at least two decades, the neoliberal economic regime’s fiscal policies had encouraged them to siphon out of the pockets of the poor.

That wealth would then be returned to the poor in the form of a massive increase in the number of properties owned by Housing New Zealand. These would be made available to the working poor and beneficiaries at rentals fixed at 25 percent of their weekly household income.

To those who object to such ruthless “class war” policies, and dispute the political feasibility of implementing such a radical solution to the problem of affordable housing, I would say only this.

What do you think has been happening in this country since the mid-1980s? What, exactly, did you think income inequality would look like? Did you think the obscene polarisation between the rich and the poor in New Zealand would not be manifested in the places where people live? In the jobs they do? In the opportunities they can – or cannot – offer their children?

The rich have been waging “class war” on the poor for thirty years. The crisis that now afflicts affordable housing, child health and educational achievement is the “collateral damage” of that warfare. So is the steady and deliberate withdrawal of adequate care and protection for those who have fallen victim to economic misfortune, partner desertion, accident, sickness, disability and old age.

That the beneficiaries of this class violence have convinced themselves that their economic and social privileges, the fruit of their vicious socio-political victories, are all well-deserved and entirely justifiable, offers neither consolation nor justice to their victims.

As ye have sown – so should ye reap.