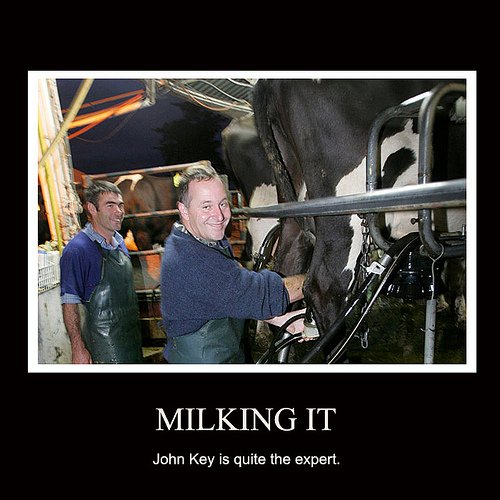 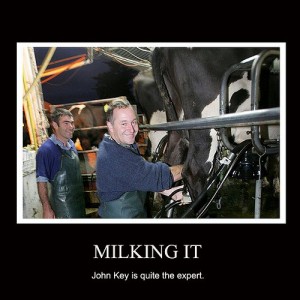 So Mighty River Power shares were talked up to $2.80 but they will actually cost $2.50?

That’s the market saying Labour/Green are next Government.

The real insult however is how National screamed how popular this sale would be when in fact only 2.5% of the country ended up buying shares. These are probably also the very same NZers who received the bulk of the $2billion in tax cuts National have given the wealthiest NZers since coming to power.

So we lost a public asset to the richest NZers from tax cuts that have left a gaping hole in the social infrastructure that the 25% of kids living in poverty are trapped in?

Wonderful. With National increasing debt in borrowing from $10billion to over $55billion since taking power, the NZ economy is ripe for another tumble and the only nests being feathered for that rainy day are the very born to rule National Party elites that Aaron Gilmore so perfectly represents.

What’s the bet that now it’s $2.50 a share, we’ll start hearing the ‘economic sabotage’ meme het louder and louder by the mainstream media?

Horrifically, under the new GCSB laws, the Labour Party and the Green Party could be spied on for their electricity proposal because it breaches the GCSB’s newly defined focus of the economic well being of the neoliberal corporate hegemonic structure.

If the arse does skid out from under the economy, watch for Patrick Gower to manufacture the economic sabotage meme as a justification for turning on Labour & the Greens rather than Key’s economic mismanagement.