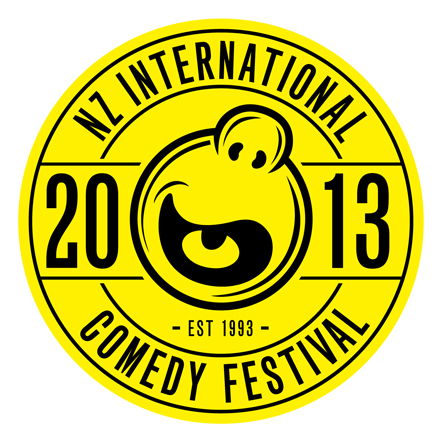 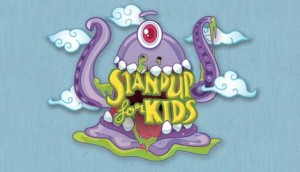 It was called Stand Up For Kids, but I think I probably laughed harder than any of the kids there. Which isn’t to say that the kids weren’t laughing, they were having a great time. But watching the kids interacting with the comedians added extra hilarity for all the adults there.

Jared Fell hosts local and international comedians, when we went, we were treated to Elis James, Steve Wrigley and James Nokise.

Jared, with his wacky brand to comedy magic had the kids giggling and trying to correct him when he made ‘mistake’. His very physical comedy was probably the most age appropriate of all four acts and the kids certainly warmed to him.

The rest of the comedians did a commendable job making their material more kid friendly. And I personally found the guaranteed lack of dick jokes refreshing. On the whole, I think the older kids 7-9 probably got the most out of it. The younger ones still had plenty of giggles though I think some of it went over their heads.

I was a little worried that anarchy was going to break out during Steve’s set. He did no material, just talked to the kids. They LOVED it. And responded by calling him stinky cheese and other equally mean (when you’re 6) insults. As soon as they realised they could interact with him and that they could be cheeky and no-one was going to tell them off, it became an absolute free for all. Steve dealt with it perfectly , giving back a bit of stick to some of the meaner ones (who hasn’t wanted to call *that* kid a weasel before?).

Stand Up For Kids is on again at 3pm on Saturday 11th & 18th May. Can’t be beaten for rainy afternoon entertainment for the littlies.