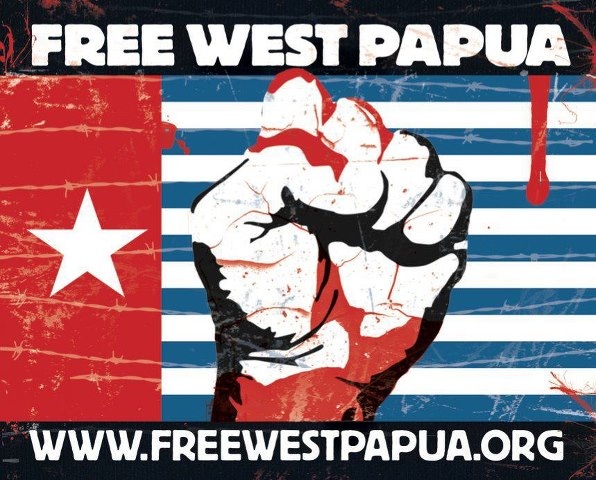 May Day 2013 was a sad anniversary for the people of West Papua. It marked 50 years since the United Nations handed the territory over to Indonesian rule, on 1 May 1963. Previously (until October 1962) West Papua had been a Dutch colony.

However, May Day 2013 also showed that the aspiration of the West Papuan people for independence has not dimmed over the half century of Indonesian colonial rule. In the capital Jayapura and in other town protesters raised banners such as “The Indonesian occupation is illegal” and “Fifty years of lies, manipulation, torture and killing.”

As usual, the Indonesian police harassed the demonstrators, causing the UN Commissioner for Human Rights, Navi Pillay, to express serious concern: “These latest incidents are unfortunate examples of the ongoing suppression of freedom of expression and the excessive use of force in Papua,” Ms Pillay said. “I urge the Government of Indonesia to allow peaceful protest and hold accountable those involved in abuses.”

Ms Pillay’s comments are significant in that the United Nations has shied away from any consideration of West Papua since it rubber stamped the “Act of Free Choice” back in 1969 –  a phoney “democratic” process whereby West Papua was formally incorporated into Indonesia.

Also forthcoming is new support for the West Papuan movement becoming member of the Melanesian Spearhead Group (MSG). Vanuatu, Solomon Islands and the New Caledonian Kanak nationalist coalition FLNKS (already an MSG member) are the strongest backers. There is also more openness to such a move in Papua New Guinea and Fiji.

Formal status for West Papua in the MSG will put pressure on New Zealand and Australia to be more open to a self-determination process in West Papua, rather than simply backing the territory’s incorporation into Indonesia.

Meanwhile West Papua’s diplomats are busy with their international lobbying. Last Friday Neles Tebay, leader of the Papua Peace Network, met with the US Ambassador to Indonesia, Scot Marciel; and Octo Mote of the Papuan peace negotiating team has just completed a week in New Zealand, which included talks with politicians.