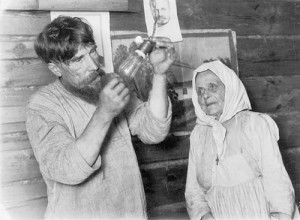 The reaction to the Greens and Labour’s plans to introduce a single buyer model to the electricity market has been nothing short of extreme. Business NZ’s open letter condemning the move as destabilizing the stock market, destroying KiwiSaver and frightening foreign investment was extraordinary, although not as severe as the National Party’s calls that it was introducing Soviet-style nationalization. Duncan Garner this week on RadioLive argued that the reduction in revenue was stripping the government of vital funds that would be used for education and building roads.  Colin Espinor has said the same, comparing it to “Third World, funny money stuff”.

Taking these claims one by one, it is clear that the electricity debate is much more complex than it is being positioned by the right. KiwiSaver fund managers, for example, declared last month that they would only be looking at investing 0.5% – 1% of their funds in the electricity shares, so the notion that the partial privatization is some kind of panacea for the retirement of hard-working citizens is fundamentally overdetermined.  This reticence on the behalf of KiwiSaver providers perhaps reflects the lack of independent information available on Mighty River Power shares, as Nigel Tate, President of the Institute of Financial Advisors signaled to Rod Oram in late April before the Labour-Greens announcement. Brian Gaynor prior to the announcement had signaled that the shares are more risky than investments for Mums and Dads in the local bank. The excitement that was generated around the pre-investment of shares was also a tad misleading – a pre-registering interest process that involves a mere email address is not going to provide anywhere the real numbers that will actually follow through with their wallet.  Add to this the fact that Treasury had already indicated in December last year that floating all power companies before the end of National’s election term was unlikely to receive the returns that were anticipated because they would flood the market and the response seems a little hysterical.

It is fair to say that there has been an emphasis on the liberalization of power markets internationally, particularly in the way the IMF has promoted this as a suitable reform. The idea is that having competitive companies means that the demand is more likely to match the supply. In times of a crisis, the consumers who need the electricity will pay the most for it. As the New Zealand Institute for the Study of Crisis and Regulation (NZISCR) highlights, from this perspective it is the responsibility of the consumer to be aware of their need for electricity after more than 20 years of reform.  While the NZISCR praises the invisible hand of Adam Smith for ensuring that power companies in a competitive market continue supply, it is worth noting that it still took the establishment of an Electricity Commission in 2003 to ensure that more effort was made to cater for the dry years.

As Markandya, Bigano, Porchia emphasize in their work The Social Cost of Electricity: Scenarios and Policy Implications (2011), both models of state regulation and economic liberalization have their downsides. The downside to the liberalization model is that the drive to secure supply in dry years is filtered through the motivations of profit and economic viability, rather than the social imperative in politics to secure the public good. As they conclude, the literature on whether a model of economic liberalization is successful in securing supply is contested and there are vulnerabilities in the European market to shortage of supply.

Which brings me back to the original point that was made in my first blog on electricity: it is a mistake to view the electricity debate solely through one model or another. Oliver Hartwich’s assertion that attempts at electricity regulation will place New Zealand in some kind of way-back machine that results in the kind of power blackouts which occurred in the 1970s is redundant and ignores the social and environmental context of the time – a growing demand that outstripped supply, a dry period for hydropower and the economic shocks of the Oil Crisis that punctuated this period. As electricity consultants Geoff Bertram and Brian Leyland have argued, more concern needs to be placed on government oversight. And as Bertram highlights, this is much more difficult to implement once the power companies have been sold.  Thus while the Labour-Greens power scheme might be read as an economic carrot for those on low wages, it has the potential to engage New Zealand in a debate where more regulatory stick is needed.