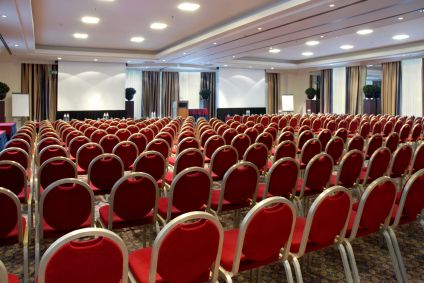 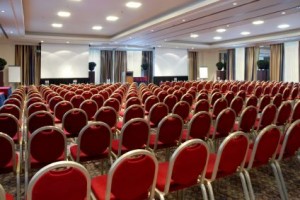 “UP THE REPUBLIC!” Screamed one placard, “Entrench the Bill of Rights!” demanded another. In front of the doors a huge banner declared “The Treaty IS Our Constitution!”, while, off to one side, a tight little group of Young Nats chanted “Four More Years!”

It took me quite a while to pick my way through this noisy throng on Auckland’s Albert Street, but eventually, the Police managed to clear a path for the invited guests and a young constable thrust me, unceremoniously, through the doors of the Crowne Plaza Hotel.

Finding my way to “Elliott Room 3” was much less of a problem. All I had to do was follow the procession of journalists and television crews heading in the same direction. The room, itself was full to overflowing with media of every stripe.

Suddenly, the members of the Constitutional Review Panel were in the room. Gingerly, they picked their way through the journalistic gaggle and seated themselves at the top table.

Their opening remarks were almost drowned out by the rhythmic chanting of the crowd outside: “What do we want? A Written Constitution! When do we want it? Now!”

EXCEPT THERE WASN’T A CROWD. Not on Albert Street and not in Elliott Room 3. A rather forlorn young man called Ryan met me in the lobby and escorted me to Elliot Room 3 where the two representatives of the Constitutional Review Panel, its Co-Chair, Emeritus Professor John Burrows, and Panel member, Deborah Coddington, accompanied by their secretariat and a hovering public relations team from Chatterbox Services, outnumbered the invited journalists present – all four of us – by two-to-one.

And this, in a nutshell, is what’s so wrong with the whole Constitutional Review exercise. Hardly anyone knows it’s happening and even fewer care. And that’s in spite of a multi-media advertising campaign featuring Pio Terei and Bernice Mene – paid for out of the Review’s $4 million budget (all of which has been generously supplied by you and me, the taxpayers).

With a brief cobbled together in the days following the 2008 General Election by Deputy-Prime Minister, Bill English, and Maori Party co-leader, Pita Sharples, the Review has always been a top-down, party-political initiative. Conceded by National as part of the price of a coalition deal with the Maori Party, it was foisted on a nation that hadn’t asked for it, and, if the overwhelming lack of interest at all levels is anything to go by, doesn’t want it.

Two months after the Review Panel called for submissions from the public, and having spent the past several years begging virtually every professional and interest group in New Zealand, from Nagai Tahu, to the New Zealand Council of Civil Liberties; NZUSA and the NZ Law Society to the Council of Trade Unions; to send through their thoughts and suggestions, they have received just 700 responses.

There are still two months to go, but even if the numbers responding during the first half of the consultation period are matched in the second, the total will still be less than a fifth of the number of submissions received by the parliamentary select committee examining the marriage equality legislation.

THE PANEL has been charged by the Government with consulting “all New Zealanders”. And New Zealanders, by not responding in their millions, have delivered an unequivocal verdict on the entire exercise:

When asked specific questions about the length of the parliamentary term, the number of MPs or whether the Bill of Rights should be “entrenched” law, the average Kiwi will quite sensibly plead ignorance due to a lack of information.

But, if you take your lead from the way average New Zealanders, over many decades, have responded to anyone – be it the judiciary, the news media, big business or a foreign power – foolhardy enough to try and overawe or over-ride the will of their elected representatives, then the New Zealand people’s grasp of their country’s core constitutional principles is both very clear and very strong.

New Zealanders believe in representative democracy through free, fair and frequent elections; majority rule; and the absolute and unquestioned supremacy of Parliament over all other institutions and agencies within their nation’s borders.

Mess with those principles at your peril!

Historically, New Zealanders have resisted every attempt to limit the power of the House of Representatives. They have evinced no interest in a written constitution, demonstrated little patience with those who argue that judges should be empowered to strike down “unconstitutional” legislation; abolished the Legislative Council, New Zealand’s upper house, without even bothering to put the matter to a referendum; and twice rejected a four year parliamentary term.

What did motivate them to change the rules of the political game was a succession of governments which exploited the vagaries of the first-past-the post electoral system to negate the clearly demonstrated will of the electorate. The result was MMP.

When the need for intervention is clearly perceived by ordinary Kiwis, it happens. If that was their perception today, then, rest assured, it would be happening. If the actions of their government were deemed by the New Zealand people to constitute a “clear and present danger” to representative democracy; free, fair and frequent elections; majority rule; and Parliamentary Supremacy – then the streets really would be filled with protesters, and our constitution would, indeed, be the subject of passionate debate.

But that is not New Zealanders perception – as the paltry tally of just 700 submissions to the Review Panel so eloquently testifies.

So, unless the next two months produce a veritable tsunami of submissions, manifesting a near unanimous desire to radically alter the system of “parliamentary republicanism” which has made New Zealand one of the most democratic nations on earth, the Constitutional Review Panel should submit a report to the Government stating, simply, that since it has detected no significant interest in constitutional change of any sort, the status quo should continue.

Continue, that is, until such time as the people, acting on their own initiative, from the bottom-up, decide that it shouldn’t.