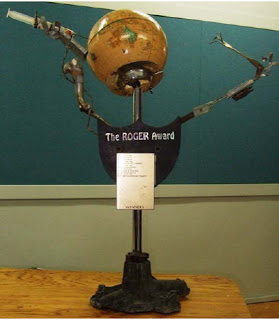 The nominators of Taejin Fisheries also nominated United Fisheries Ltd and the NZ Government for the Accomplice Award,

The criteria for judging are by assessing the transnational (a corporation with 25% or more foreign ownership) that has the most negative impact in each or all of the following categories: economic dominance – monopoly, profiteering, tax dodging, cultural imperialism; people – unemployment, impact on tangata whenua, impact on women, impact on children, abuse of workers/conditions, health and safety of workers and the public; environment – environmental damage, abuse of animals; and political interference – Interference in democratic processes, running an ideological crusade.

The judges were: Christina Stringer, a Senior Lecturer in International Business at the University of Auckland; John Maynard, from Wellington, President of the Postal Workers Union of Aotearoa, spokesperson for People’s Power Ohariu and founding member of the Brass Razoo Solidarity Band; Paul Maunder, cultural worker, curator of Blackball Museum of Working Class History and a founding member of Unite!; Sam Mahon, an artist, author and activist from North Canterbury; and Wayne Hope, Associate Professor, Communications Studies, Auckland University of Technology.

The winners were announced at an event in Wellington on May 1st.

Taejin Fisheries won because, in the words of the judges: “The formula is simple: You’ve got a resource, turn to the Third World for cheap, unorganised ‘slave labour’ in order to process that resource. In this case you lease your fishing quota to foreign charter vessels owned by a South Korean company about whom information is non-existent, which employs Indonesian crew on their two trawlers, Melilla 201 and Mellila 203”. The judges cite a seminal report into the NZ fishing industry which itemises foreign companies using “fraudulent documentation, exploitation, intimidation, coercion, blacklisting, inhumane working conditions, brutal beatings, sexual assault and even murder”.

United Fisheries Ltd and the Government shared the Accomplice Award. “The Christchurch firm United Fisheries happily continued to charter vessels from Taejin Fisheries with no apparent serious effort to ensure decent living conditions, pay, and working hours, for the crews on the boats. The Government continued to issue work permits for new crew to be employed offshore without regard to press reports of ill-treatment… There is no solid financial information available about Taejin Fisheries, which is not registered in New Zealand. United Fisheries is a closely held family-owned New Zealand company. New Zealand’s financial reporting regime allows such companies to keep their financial affairs private … United Fisheries’ role in the appalling treatment of foreign fishing crews damages New Zealand’s international reputation in the fishing industry, and undermines the clean and green image New Zealand likes to project in foreign markets… The fact that United Fisheries is a family-owned company is not a valid reason for exempting it or other economically significant companies from filing on the public record audited financial reports”.

Rio Tinto, the equal runner-up, is the majority owner of the Bluff aluminium smelter. It has been a regular finalist. It was the defending champion, having won the 2011 Roger Award and was runner up in both 2009 and 08. The Judges’ Report succinctly summarised its 50 year history in NZ as: “Once the deal was done, it had us by the balls and has continued to squeeze ever since… In 2012, it cried wolf because of the drop in world aluminium prices and tried to insist on rewriting its’ contract with Meridian (which already had some slack in terms of world aluminium prices), sacked some workers and once again threatened to close” (behaviour which it has ramped up in 2013).

King Salmon is the other equal runner-up. “Marine farms are problematic in an area like the Sounds, as they are an industrial activity, generating noise, odour, traffic, lighting, damaging habitat, affecting water quality, and they constitute a privatising of public water space”. Locals objected to its major expansion plans, which were prohibited by the Marlborough District Council; the Government sent the case to the newly created Environmental Protection Agency as a matter of “national significance”, and it gave the go ahead for half the requested new salmon farms. “This move to sabotage local democratic processes is a particularly insidious one”.