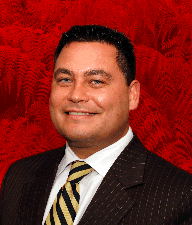 Former Labour Party MP front bencher Charles Chauvel is among an impressive list of contributors set to join The Daily Blog this month.

The Daily Blog brings together New Zealand’s top left-wing bloggers and progressive opinion shapers onto one blog to provide the other side of the story on today’s news, media and political agendas.

Since its launch on March 1st 2013, The Daily Blog has gained nearly 200,000 page views per month and debuted at number five on the NZ Blog rankings.

The Daily Blog’s Editor Martyn Bradbury says May 1st is the perfect occasion to announce the exciting and rapid expansion of The Daily Blog.

“I can’t think of a better day than ‘International Workers Day’ to announce this news and on behalf of The Daily Blog team I would like to thank Unite, the NZ Dairy Workers Union and the Rail and Maritime Transport Union for their continued vision to engage with and influence the next generation of union members and activists.”

“As we approach the election year, the political blogs will increasingly become the preferred medium to decipher and cut through the spin and The Daily Blog looks forward to continuing its growth by cutting through the noise and providing the other side of the story,” says Bradbury.

In addition to Charles Chauvel, the following new bloggers will be joining The Daily Blog line-up:

Drinks tonight from 7pm at the Gypsy Tearooms.