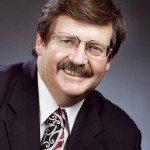 Hon Matt Robson BA, MA (Hons), LLB (Hons), Dip Tchg, Member IOD Barrister – Matt Robson’s commercial experience began in the Netherlands thirty years ago, working in the oil industry. This introduced him to the rigours of international commerce, budgets, deadlines, understanding complex commercial operations and structures, it also gave him management experience and familiarity of working with a multicultural, multilingual workforce, where reading and writing in foreign languages was a necessity. As a result he is fluent in speaking reading and writing Dutch, speaking and writing French and German and competent in reading Spanish.

In the 1970’s Matt qualified with a Diploma in Teaching and taught through the 1980’s in a number of secondary schools in New Zealand the majority in the South Auckland area.

In the 1980’s-1990’s Matt became engaged in party politics. As deputy leader of both the Alliance and Progressive Parties he acted as spokesperson and policy developer across a wide spectrum of policy issues in areas as diverse as economic development, social matters and international affairs.

Matt was a Cabinet Minister in the Labour-Alliance Coalition Government (1999-2002) and was allocated the following portfolios: Minister of Corrections , Minister for Land Information, Associate-Minister of Foreign Affairs (responsible for official Overseas Development Aid [ODA]), Minister for Disarmament and Arms Control.

He was also a significant driver in achieving justice for Algerian asylum seeker Ahmed Zaoui, both while as a Member of Parliament and as an independent barrister/solicitor.

He continues to practice law in Auckland and specialises in immigration law and migrant advocacy.

Matt remains active in advocating global peace and justice and is a regular speaker at disarmament and anti-nuclear conferences around the world.

When Hypocrisy Comes In Big Packages

Why Labour and the Greens Should Say Good Riddance to Peters

When We’re As Game As Ned Kelly