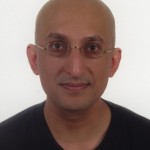 Harmeet Sooden is a human rights defender who has undertaken a number of assignments with Christian Peacemaker Teams (CPT) in Iraq and the International Solidarity Movement (ISM) in the occupied Palestinian territory (oPt).

In 2005, he was kidnapped in Iraq together with three colleagues while participating in an international CPT delegation, and held for four months. One member of the group, Tom Fox, was murdered.

In 2008, he attempted to travel to the oPt via Israel to work with ISM, but was denied entry and removed by Israeli authorities on the pretext of being a “threat to the security of the State of Israel”.

In 2011, he joined the ‘Freedom Flotilla 2’ initiative which planned to sail to the Gaza Strip in order to raise public awareness about the Israel-Palestine conflict.