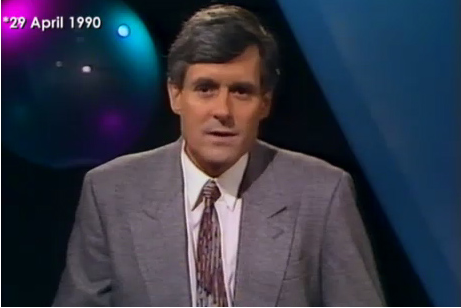 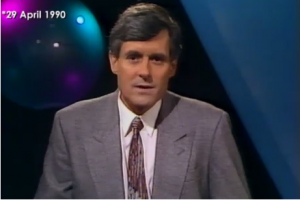 All men dream: but not equally. Those who dream by night in the dusty recesses of their minds wake in the day to find it was vanity; but the dreamers of the day are dangerous men, for they may act their dream with open eyes, and make it possible.

I’VE BEEN READING “Out of the Red” the autobiography of the veteran New Zealand broadcaster, Gordon Dryden. Published in 1978, the book covers a period of New Zealand history in which the role of the journalist and the responsibilities of the mass media were matters of bitter dispute.

We are encouraged to forget this period in our history – encompassing as it does both the flowering, and sudden withering, of the long-suppressed but strongly-held desire of many thousands of New Zealanders to make theirs a more open, tolerant, outward-looking and creative society.

“All the ideas that Utopians dreamt about when I was a boy are now possible. Every problem in the world has now been solved – somewhere in the world. Of that I’m convinced. And the country to pick the eyes out of those solutions and marry them to its own ideals and aspirations: that nation will lift us laughingly into the last twenty years of the twentieth century.”

Dryden was by no means alone in believing that if any country in the world could achieve this lift-off to social perfection, that country was New Zealand:

“At least twice in the past hundred years New Zealanders have had enough courage to show the way. Just one idea – refrigerated shipping – for close on seventy years gave us one of the world’s highest living standards.

“Do we have to tear ourselves to pieces before we find another?

“Social innovators at the turn of the century and in the late 1930s helped keep us up with the leaders, often in front.

“So what the devil’s happened since?”

The attempted transformation of New Zealand in the 1970s involved a great many individuals and groups. Norman Kirk and the Labour Party. Artists, craftspeople, poets, songwriters, novelists, playwrights and film-makers of every stripe. But the profession that led the charge was journalism. And, leading the journalists, were the men and women whom Dryden called his own: the broadcasters.

This was New Zealand broadcasting’s finest hour – though to hear the scorn poured upon 1970s radio and television by the commercially-driven broadcasting executives of 2013 you wouldn’t think so. Television, in particular, blossomed into a medium that took as its starting point the duty of the mass media to make democracy work by providing ordinary voters with all the information they needed to make informed political choices.

“For all my working life I’ve believed in democracy, which for me means Government based on an informed choice of alternatives. I believe that television, radio and the press have a fundamental duty to provide the information on which that choice can be made. I believe also that all relevant viewpoints on any issue should be thrown open to public debate and discussion.”

And, for just a few years, in a way that has now, thanks to the multiplication of viewer choices in the intervening decades, become impossible, the two state-owned television channels attempted, and very often succeeded in doing, just that.

News and current affairs programmes engaged and challenged the viewing audience. Locally-produced television dramas held a mirror up to New Zealand society and asked us if we liked what we were seeing.

In the vast, purpose-built television production centre at Avalon, in Lower Hutt, an extraordinary collection of talented New Zealanders made a heroic effort to become “dreamers of the day”.

They had reckoned without the deep antipathy of all those New Zealanders who preferred not to be presented with “all relevant viewpoints” and who were both affronted and alarmed by the images appearing in the artists’ mirror. For these New Zealanders, TV1 and TV2 looked a lot less like democratic enablers than they looked like hotbeds of “trendy lefty stirrers”. They resented being asked to think critically about their country. Their country was fine, just the way it was, thank you very much.

When Rob Muldoon went to the country in 1975 with the slogan “New Zealand the way YOU want it”, these were the people who filled the theatres, town halls and even, on one memorable occasion at Wiri in South Auckland, a cavernous wool store, to cheer him on.

It was during this barnstorming of the countryside that Muldoon was greeted at an airport by two competing news crews. He looked at the journalists and cameramen from TV1 and TV2 and shook his head in disbelief. “There’ll be no more of this when I’m Prime Minister”, he told them. And, in a depressingly short space of time, there wasn’t.

LAST WEEK, on TV3’s Media3 programme, Top Shelf Productions’ excellent Aussie producer, Phil Wallington, attempted to look back at what was, without doubt, the very last gasp of that golden era of democratic broadcasting in New Zealand.

“For The Public Good” was the name of the hour-long political documentary which in 1990 brought the curtain crashing down. The final production of the “Frontline” programme examined the relationship between big business and politicians; of party donations and political influence; during the term of the Fourth Labour Government.

The explosive content of the programme produced a flurry of defamation writs and BSA complaints from Labour politicians, the Business Roundtable and even the Treasury. The makers of the programme lost their jobs and the “Frontline” current affairs show was discontinued.

So contentious was “For The Public Good” that even Wallington’s attempt, twenty-three years on, to re-examine the most controversial programme ever screened on New Zealand television was marred by the intervention of lawyers acting on behalf of the original litigants. Clips from the programme that “Media3” had originally intended to screen were pulled. Matters it had wanted to discuss were dropped from the script.

The judgement of “Media3”’s Russell Brown, was that the makers of “For The Public Good” had a great story, but stuffed up the telling of it. Of all the many lines prepared by the vast legal and public relations response that was put together in the hours following the programme’s one and only screening, this is the one that has stuck. It is certainly the line that most journalists working in 2013 repeat most often.

My judgement of “For The Public Good” is very different. I remember watching the original broadcast with a sense of rising dread. As someone who had been deeply involved in the Labour Party between 1984 and 1989, the message of the programme was ringing true in a way that I instinctively knew was bound to be career-destroying (at least in New Zealand) for its makers.

But I also knew that what I was watching was the last brave off-spring of the heroic period Dryden writes about so forcefully in “Out of the Red”. Murray McLoughlin and Bronwyn Reid, working out of Avalon, had made a programme which told the New Zealand voters what they needed to know. They’d made sure that, in a media environment in which the voices of neoliberal orthodoxy were already drowning out everyone else, “all relevant viewpoints” would, for what turned out to be the last time on TVNZ, get a hearing.

“For The Public Good”, for all its production and journalistic short-comings, was a programme based on the moral truth of what had happened to New Zealand in the years since Avalon’s dreamers of the day attempted to arm the New Zealand electorate with accurate information about all political alternatives.

Between 1976 and 1984, Muldoon had ushered in the twilight on that brief transformative moment in New Zealand history, but it was Roger Douglas and Richard Prebble who in the six years between 1984 and 1990 drew down the night.

“For The Public Good” was a candle fashioned to shame the neoliberal darkness.

It was the last one.