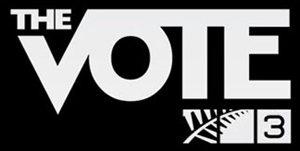 The most interesting thing to come out of The Vote is the power of live spin for those right wing myths we love to cling to.

Why? I think the self-prophisiing and myth reinforcing murmurs of agreement from those less thinking members tick all the right emotional boxes in our need to feel included amongst the other members of the live audience, but that doesn’t carry as well via the screen because the viewer isn’t exposed to that kind of group think dynamic.

It will be interesting to see if this continues throughout the season. If right wing positions are more emotional than logical then we can expect to see the live audience continue to be out of step with the votes being cast by the viewers who aren’t soaking in the moment of the emotion.