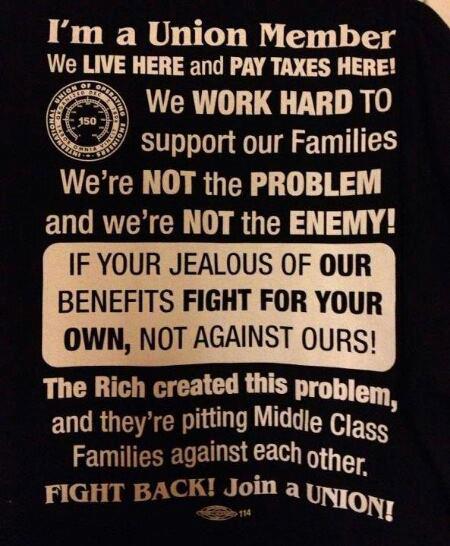 As the old union war-cry states, when workers rights are under attack, stand up, fight back!

And fight back we must to today’s announcement by Labour Minister Simon Bridges that the National Government has introduced the long expected second round of attacks on New Zealand workers. Make no mistake about it; this Bill is designed to make it easier for employers to cut pay and conditions. It will increase inequality and make it harder for working families to get by.

You may recall the first round of attacks on workers’ rights when National was elected in 2008 and rapidly introduced the ‘fire-at-will’ 90-day law that removed any rights a worker had to access unfair dismissal procedures if their employment was terminated in the first 90-days of employment. The initial justification for the changes was that they only applied to small businesses (20 or fewer workers) as these companies needed the “flexibility” that the laws offered.

However, within a year or so the fire-at-will law was amended to apply to all New Zealand workers, regardless of the size of the organisation they worked for. We are still waiting for the economic recovery that this law promised us. I wouldn’t hold your breath.

And so today the long expected second round of attacks have been launched with the introduction of the Employment Relations Amendment Bill to Parliament.

But in fine National Party style, the true intent of the Bill has been masked with a smoke-screen that the “reforms” will actually assist workers by “speeding up Employment Relations Authority processes” to ensure faster decisions on employment disputes. This is to be achieved by ensuring the Authority has to either provide an oral determination or an oral “indication” to the parties at the end of the hearing.

The press release or supporting documentation makes no mention as to any additional resources (be it financial or human) being provided to the Authority to achieve this so-called “reform” and in light of the ongoing budget and staff cuts to the public sector under the current government, you must wonder how the Authority will have the capacity to implement this amendment.

You also have to question whether forcing the Authority to have to provide a decision or “indication” at the end of the hearing (which seems to undercut the long-established legal practice of reserved judgments) will actually lead to better legal outcomes or whether it will just result in rushed or knee-jerk decisions. Time will tell.

But as I said, this is all a smokescreen. The real changes are designed directly to attack workers’ pay and conditions, particularly those workers who currently benefit from the protection of a collective employment agreement (CEA).

Much will be written over the next few months about this Bill, but I want to highlight one key issue at this time. This is the proposed amendment to remove the current duty of good faith on both parties to conclude a collective agreement.

Whilst this proposed amendment may appear on the face of it to be a modest proposal, it is designed solely to destroy the ability of workers and unions to negotiate and maintain CEAs. It will allow an employer with an expiring CEA to go through a facade of negotiation, refuse to conclude it, apply to the Authority for a declaration that bargaining has ended and then push workers into individual employment agreements with lower wages and inferior conditions to those in the old CEA.

An example of how this could be used relates to the current Ports of Auckland dispute. Under the current legal obligation to conclude bargaining, both parties in this dispute are still engaged in bargaining in an attempt to find a negotiated outcome to the dispute. Whilst they do, the terms of the CEA continue to apply to the current workers. Under the proposed Bill, the Ports would be able to call an end to bargaining and simply contract out the work of the current workers to labour hire firms on inferior wages and conditions. When the Ports tried to do this under existing law, the Courts stopped them as being in breach of their duty of good faith.

These changes will lead to a further exploitation of workers and reduce wages in this country. They certainly do not lead to the “Brighter Future” John Key and the National Party promised us in the election campaign of 2011!

I call on you to stand up and fight back in whatever way you can. Make a submission to the select committee opposing the Bill, contact your local MP to make your anger heard, join the upcoming Council of Trade Unions (CTU) campaign against the Bill, and if you haven’t already, join a union to ensure we have strength in numbers!