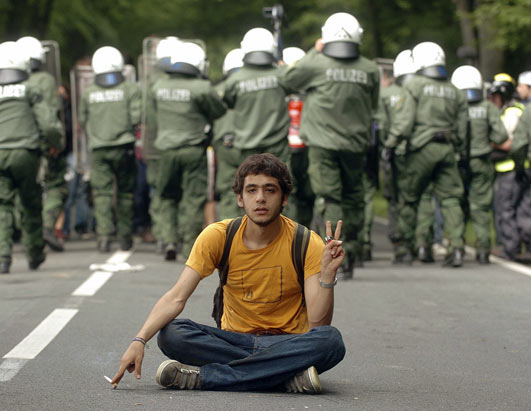 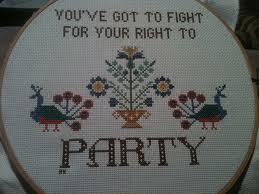 This post is aimed at the more naïve enquirers among us when it comes to activism. As a relative newcomer to this game I relate strongly with this group. We all have a responsibility to be politically active.

There – I said it. But the definition for being political is wide ranging. How people manifest their political action is up to them. For me it is simply making that conscious link between our personal lives to the political agenda of the day. From the breakfast we get to eat (or don’t), to the level of comfort (or not) that get we lay our heads on every night. As people have said, there is no longer the luxury of not being an activist of your own making. A new world is coming that will either suffocate us or revive us – it is up to us to make the new world a working one. For me this means reflecting on our collective responsibility to inspire more political voices and doers. Especially those voices and doers that have been cornered into silence for too long. For example young Māori need to know the potential power they have in their voting hands, if they would just get to the booth on voting day. But it is up to us all to make that seem sexy somehow – to capture the voting collective power that is currently dormant. That is only one small example of where we need to do better. There are so many people who have been doing this empowering mahi on the ground for so long, and I am grateful to all of you. The movers and the shakers of political action can be found in every community. It is worth noting some examples.

The community of Tararua running the Frack Free Tararua campaign is an example of people working together to assume their guardian responsibilities alongside the Rangitāne people. Communities around Aotearoa and indeed the world are showing strong opposition to extraction industries that insist on fossilised thinking in a world that needs innovative planning more than ever.

Te Tai Tonga kapa haka group is a movement in Manurewa who take their leadership role and influence over their young people seriously. Just last week 21 of their group graduated with Bachelor Degrees in Māori Performing Arts through Te Wānanga o Awanuiārangi. One of the young people who travelled with them to their graduation ceremony said “I had such an amazing time in Whakatane…..I can’t wait to go away with them again, but the highlight of that adventure was being able to sit in a full town hall and watch people who I look up to GRADUATE.” Positive role models and their achievements fertilising the aspirational ground for rangatahi – nothing is more political than that. In an example from Pacific leaders, they have “overwhelmingly rejected a push from the World Bank and New Zealand to free up trade and loosen regulations in the region.” Gary Juffa – the Governor of Papua New Guinea’s Oro province, said “The people of the Pacific live on their own land – they are self-sustaining already. If you impose free trade, you are going to take away the opportunities they have to be truly economically independent.” We have yet to see such a unified stance from our Maori ‘leadership’ and the debates among Māori around neo-liberal initiatives are raging and colourful. The least we can do is ensure that our grassroots whānau are a part of this conversation around the management and care of our living systems. We have some work to do around inclusive processes.

I was also privileged to have been part of a Glen Innes community initiative called The River Talks. Under the leadership of Tamati Patuwai it was a call to all to restore the mana to the polluted Omaru Awa in Glen Innes. This activism was an arts meets science journey alongside the riverbank. People feasted on a range of disciplines and communicative mediums all giving the river a voice. Tamati pulled together a team of workers, helpers, performers and scientists/researchers from dynamic and diverse backgrounds experiences. Then there was the Mana Party initiative Feed the Kids last Wednesday where I was fortunate to witness over 2000 kids being fed in Otara .Dr Leonie Pihama links the importance of supporting initiatives like this: “In a time when right wing, neo-liberal policies privilege the wealthy, where unemployment is on the increase and where just making ‘ends meet’ is having a growing detrimental impact on our people, we must take stock and look for innovative ways to support those most affected. A growing number of Māori and community based initiatives are seeking to take the lead in fighting poverty in this country. There is ample evidence that our tamariki going hungry to schools has a direct impact on their ability to engage and participate in learning.”

And there have always been the artists, the singers, the poets, the gardeners, the reo warriors, the traditional healers, the academics, the single Mama who has had enough and will no longer tolerate the bullshit treatment she is receiving as she tries to get ahead, the community workers and of course the protestors. There are so many more examples of people just standing up or living their true compass because there is no one way of politicising our people. But more of us are needed now. A diverse range of approaches to political activism is essential because the work is multi-leveled and dynamic. Again Dr Leonie Pihama says “It is both about challenging systems of oppression and enhancing cultural approaches for wellbeing.” We can look at a range of issues which demonstrate this faulty system. TheDailyBlog itself offers more detailed analysis’ on most of these issues from a range of commentators. Some of the issues that our grassroots whānau should be encouraged to question include the following:

. Job losses to the Department of Conservation – does our government have a real interest in protecting our natural environment for our mokopuna?

. Welfare Reform – further stigmatising of families and children who are on benefits. Where are the real solutions for families to become flourishing contributors to their communities? .Andarko law – our government is criminalising peaceful protest from people who are concerned with the environment, while they legitimise overseas oil moguls and their outdated and harmful oil and dollar lust.

.State housing – we are in effect selling off national assets in a way that benefits private developers. Also there are too many families in need of housing support while many state houses are empty and are going to ruin. .Trans Pacific Partnership Agreement – free trade on steroids. Take note from the Pacific Leaders I mentioned earlier. . Human Rights Commission appointments and job losses – we have a Race Relations Commissioner who is ‘undecided’ about everything. She should take out a student loan for the five year enlightenment training course she is on. There are big job losses to this small agency that is the only statutory body charged with human rights advocacy and protection. What importance does our government place on upholding human rights at all? . Government Community Security Bureau (GCSB) – another suspect appointment to lead that agency. Also they want to spy on you. All of you.

. Inequality – the gap between poverty and wealth in Aotearoa is widening. This is not good for our nation. The types of policies being proposed from our government have caused further inequality in the past and will continue to drive the gap wider.

.Extraction industries – oil, mining and fracking. It is time for alternatives solutions to our fuel requirements for the benefit of us and our planet. And this calls on us to think about how we walk in our daily lives as well. .I have written other posts around specific issues for Māori including how this all links to the indigenous uprising movement Idle No More. Basically – the overall direction of our government is not one that benefits our environment or the collective push for a more just world. They want to take down anyone concerned with human rights and social justice while they prop up wealthy corporates and the affluent. And they are getting away with it because not enough of us are hurting yet or some of us are that hurt we are impotent. I will be the MC for the Tamaki Makaurau Aotearoa Is Not For Sale http://aotearoaisnotforsale.com/ event at Britomart this Saturday 27 April at 2pm. This is part of the national day of rallies being held in various towns. These events are part of an ongoing voice that does not want to let our government get away with its dirty deeds. As Helen Kelly, President of New Zealand Council of Trade Unions says: “It’s really important people attend the rally on Saturday. Selling the assets makes no sense – economic or social. Retaining the action against the sale is very important. We will soon have a referendum on the matter and it is important the Government knows that despite their crude rush to get the sales over with, we will not be deterred.”

This system that values money over people is selfish and stale. A better world is pushing through and SHE is gangsta! Let’s clear our throats for a better song.

Aside from seeing you all on Saturday – I will keep praying for the strength and guidance so we can continue to inspire more of us into our political voice – whatever that might look like. Ngā mihi.