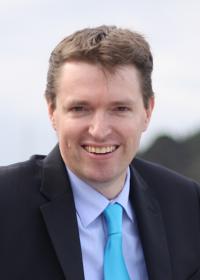 Defamation is a battle between twin principles: free speech and reputation. Developed and applied in the ecclesiastical courts, a successful defamation suit demands (basically) a statement or statements carrying a defamatory meaning.* There are several defences including truth, honest opinion and privilege.

Law suits have a chilling effect. In 2005 the Court of Appeal decided against Mike Hosking and Kate Hawkesby in a breach of privacy claim. A New Idea photographer tailed Hosking and Hawkesby in a Newmarket street and snapped photos of the pairs’ 18 month old twins. Scum tactics from the photographer, but the Court couldn’t find a breach of privacy.

However, winning over the bench wasn’t the point – the suit was an act of legal aggression and designed to send a message: commission or purchase photos of the twins and prep for a six-figure law suit.

Judith Collins has a reputation to uphold – the colony’s answer to the Iron Lady. In 2012 she issued proceedings against Trevor Mallard and Andrew Little. The suit was an act of political aggression. In part an effort to intimidate Mallard and Little, in part an attempt to bolster her own political image. The suits were settled, but not before a hit to Mallard and Little’s bank accounts and a boost for Iron Collins. It’s more difficult to silence an MP who can cloak him or herself in parliamentary privilege, but drawing an MP into stress-inducing-money-sucking-time-wasting negotiations will do enough to create a chilling effect.

Essentially, defamation is an act of aggression. However, Colin Craig’s suit was less aggressive and more a plea to be taken seriously.

Colin Craig craves legitimacy. He wants to be a political player. He wants to be taken seriously. Silencing satire is – presumably – an attempt to remove any threat to that legitimacy. However, Craig appears to have missed the point: taking the time to satirise Craig is an implicit indication that he has made it.

If Craig had of made good on the threat, it’s unlikely that he would’ve won. Even if the offending statement is defamatory, the New Zealand Courts offer political statements a wide margin.** Ridicule comes with the territory.

However, winning a case can’t have been the point. The point was to stifle bad publicity and retain whatever credibility is left.  The threat was a miscalculation though. Instead of silencing critics, the Streisand effect kicked in, bloggers digged in and the MSM picked it up. It seems like biting the blogosphere is a little like biting the hand that feeds. Don’t do it.

If an act of political and legal aggression is the answer, Colin Craig needs to re-examine the question.

**Under the defence of qualified privilege the Courts are prepared to give defendants a wide margin if the defamatory statements satisfy a number of requirements e.g is the offending statement(s) about an MP, other elected official or someone who aspires to public office etc.