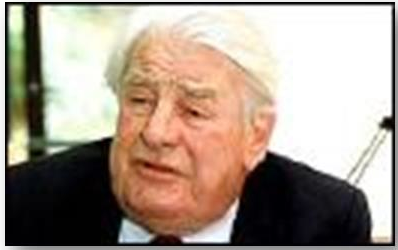 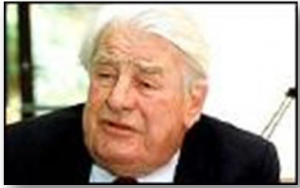 ONLY STEVEN JOYCE could offer up JB Were, Woodward Partners, Milford Asset Management, First NZ Capital, Devon Funds Management and Forsyth Barr as credible critics of the Labour-Greens’ energy policy. As if these six financial institutions were ever likely to offer the Opposition parties their fulsome support!

Or, maybe, it’s not so strange.

After all, who does Radio NZ approach when they want a pithy comment or two about the economy? Do they go to New Zealand’s professors of economics? Nope. Nine times out of ten they go straight to the major banks’ economists.

I wonder, if Radio NZ ever asks itself whether these guys, whose six-figure salaries are unlikely to survive any kind of analysis which undermines their employers’ quarterly profits, are the right guys to supply a dispassionate and disinterested view of the New Zealand economy?

Would it not make more sense to go to the academic economists? Their biggest concern is always going to be whether or not their analysis gets torn apart in the University Common Room – that is to say, with making an intellectually robust case. And, surely, that is what the ordinary voter needs from these so-called “experts”: free and fearless commentary – not something designed to make the boys in the boardroom beam with pleasure.

I’m actually old enough to remember when Radio NZ – and just about every other media outlet – wouldn’t have been seen dead talking to someone as self-interested as a bank economist. Back in the day, academics were almost universally regarded as the “go-to-guys” on anything requiring specialised knowledge of complicated things like – oh, I don’t know – economies and societies and the natural world. The not unnatural expectation was that if you’d spent your entire adult life studying economics, or sociology, or politics, or the Law, well then, the chances that you could answer a lay person’s questions were pretty good.

And they did. Media friendly professors like Bryan Philpott (economics) Keith Jackson (politics) and Jack Shallcrass (education) became household names. And people generally walked away from the news and current affairs programmes on which they appeared much-better-informed citizens.

So when did all this change? When did we suddenly decide that the likes of the ANZ’s Cameron Bagrie has more insight to the NZ economy than a professor of economics?

Well, strangely enough, it was about the time that Roger Douglas was “reforming” the New Zealand economy. Douglas’s problem was that (if I may be permitted to mess with Bob Dylan’s lyrics) he’d been with the professors and they’d all disliked his looks. Economists like Philpott and Geoff Bertram and Len Bayliss and Jan Whitwell had perused the material pouring out of the Treasury (which had, by this time, been thoroughly colonised by fanatical neoliberals) and decided that it was the intellectually unimpressive product of, well, fanatical neoliberals.

This was no good at all. They’d simply have to go.

Fortunately, the newly liberated banks and finance houses were awash with cash and only too happy to spend it on young eager-beaver economics graduates desperate for a chance to shine in the bright lights of corporate banking.

I don’t know whether or not the big banks were familiar with the waspish observation of the muck-raking American journalist, Upton Sinclair, that: “It is difficult to make a man understand something when his salary depends upon his not understanding it.” But, either way, the boys and girls they put on their payroll to talk about the economy certainly didn’t seem to understand the concept of boom and bust. As far as I know, not one of them saw the Crash of ’87 coming.

Not that anybody seemed to mind. What wass a little purblind stupidity among friends? And by now neoliberalism now had lots and lots of friends – and they were everywhere.

And so it has gone on. For the past thirty years what passes for expertise has been whatever the banks’ economists say it is. And, once again, its only after the big financial crashes have already happened that these guys ever get round to predicting them. Before the economy goes under there’s never a cautionary word. Like Dr Pangloss, bank economists are absolutely convinced that everything must be for the best, because, thanks to neoliberalism, we’re living in the best of all possible worlds.

Steven Joyce certainly thinks so. But then, he would wouldn’t he? And, because he’s also the Minister for Tertiary Education, the cash-strapped Vice-Chancellors of New Zealand’s universities are unlikely to encourage the few remaining opponents of neoliberalism still drawing an academic pay-check to say anything to the contrary.

What I wouldn’t give to be able to hear what Bryan Philpott had to say about the Labour-Greens energy policy. Sadly, he died in 2000, aged 79. This is what the NZ Herald’s Brian Fallow wrote about him in his obituary:

“In his later years Professor Bryan Philpott often seemed to be the voice of an earlier, more decent time. Doyen of New Zealand’s academic economists, he preferred the pragmatic to the dogmatic and was a trenchant critic of the economic policy direction of the past 15 years ….. Typically, behind the rhetoric he directed at the “ayatollahs” of the Business Roundtable and their policymaking handmaidens lay meticulously compiled numerical evidence.”

Steven Joyce is not familiar with the concept.