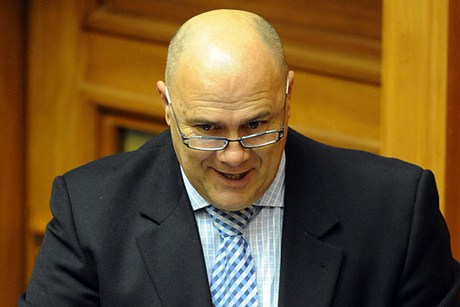 Fascinating exchange on Native Affairs last night between MANA deputy leader Annette Sykes and Tau Henare. Annette put to Tau the hope that he would cross the floor and give MANAs ‘Feed the Kids’ Policy the one extra vote it needs to have the policy go through for a first reading.

Tau dodged the issue and fell back to ‘that party (MANA) wouldn’t support me for Speaker’, which seems pretty petty to stop a debate on feeding the poorest kids in NZ.

Tau must be eyeing up his legacy with a National Party increasingly striding to the right. He was instrumental in helping seek cross party support for Marriage Equality but crossing the floor to support ‘Feed the Kids’ would give Tau far more legacy than quietly slipping beneath the waves of National Party list candidacy.

Crossing the floor to allow the debate would give Tau a more historical footnote than wannabe Parliamentary Speaker. Tau’s gesture could rebuild his reputation in one justifiable social justice move.