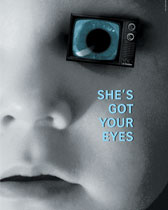 I’ve made this point before about the 3 News/Reid Research Poll, but it seems that it is needed to be made again.

Let’s base the 3 News/Reid Research Poll on it’s last 3 weekly polls leading into the 2011 election.

They were outside their own margin of error twice??? In the month of the election??? Why or why sweet Zombie Jesus do any of us care what the bloody 3 News/Reid Research Poll has to say on any issue?

These Polls with their landline bias are misrepresenting the support for National and that misrepresentation generates the apathetic belief that an individuals vote won’t matter so those citizens don’t bother voting, and that’s why 2011 was the worst voter turn out in a century.

Free market media has little interest in telling you the truth. These polls aren’t educated guesses, they are white noise.