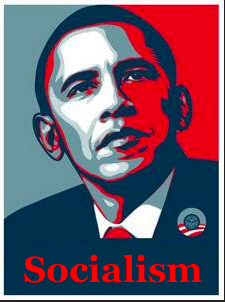 You can hear the shock and the spluttering rage at the audacity of the Labour/Green electricity policy. The mainstream media can’t comprehend the idea that the neoliberal free market bullshit that has robbed NZ citizens while empowering big business is being so openly challenged.

News rooms around the country stacked high with 20something graduates who have no idea what the word ideology means are scrambling and the old crony guard voices of the establishment at ZB are screaming blue murder.

Shock. Horror. You know the NZ right wing and business community are terrified about policy when they call it ‘Communism’. It’s the same type of scaremongering tactic used by Tea Party fanatics and mad Republicans when trying to attack Obama’s watered down medicare package by calling it ‘socialism’.

In this case it’s Steven Joyce ridiculously leading the reds under the bed charge.

Allowing us to use the Pharmac model in the electricity market to create one buyer for the benefits of NZers is not bloody Communism and to use such pathetic language shows how immature the Governments response really is.

Steven Joyce wouldn’t know Communism if Karl Marx rose from the dead, fixed Novopay and bit him on the arse.

And what’s wrong with an idea being ‘Communist’? I note China, Key’s favorite new trading comrades are Communist, so perhaps Stevie can climb down off his free market high horse?

I don’t give a damn that big business electricity won’t make the obscene profits they’ve been gouging from NZers, I care about the 270 000 kids living in poverty. A saving of $300 a year for them is the difference between having heating at winter, or not having it.

The fear in the eyes of the right as they start to comprehend how far left the Opposition are leaning is delightful but we must appreciate that those who have gained so much from neoliberalism will fight tooth and nail to hold onto their privilege.

Despite the spectacular failure of free market dogma with the 2007-08 financial market collapse, despite Milton Friedman’s ‘self-regulating market’ nonsense melting down, despite us all now being Keynesian, National refuse to budge from their neoliberal consensus because they can’t operate outside of that intellectual paradigm.

Labour and the Greens are going to come in for sustained hateful attacks, now is the time to rally around our Political Parties and leaders and support them.

Ever since the Labour/Green announcement on electricity reforms, I’ve started dreaming in colour again.

Let’s start taking our country back.