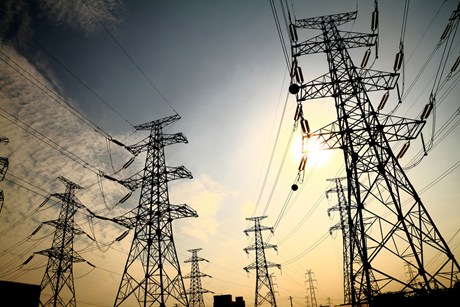 The Labour/Greens plan to reform the electricity market is a bolder step than many, myself included, expected from Labour.

The party is notoriously neo-liberal in its economic outlook and is still strangled by its ghosts of the 1980s. Britain had Maggie Thatcher and we had Roger Douglas at whose eventual demise we can expect similar celebrations here as Britain has seen recently.

So it’s bolder than expected but how bold?

Judging by the hysterical reaction from National and the business sector the Labour/Green policy is radical. “Economic vandalism” is the cry from Business New Zealand, “Chavez-type policies” says right-wing columnist Fran O’Sullivan while National MP’s thunder about “communism” or similar absurdities. Even more bizarrely Prime Minister John Key claims it will result in power cuts and leave families huddling around candles.

Others apparently think the policy will damage Labour and make them unelectable.

All these are silly, childish responses. Just where have these people been hibernating? The public are fed up with the constant mantra that the market will give us the best deal while they watch in stupefied amazement as their electricity bills go through the roof.

It’s been obvious from the outset that the market reforms were designed to benefit shareholders rather than consumers. These fake markets created by National in the late 1990s and operated by Labour without significant change for the next decade have hammered hapless consumers. It’s been a charade with companies acting like a cartel rather than competitors.

Labour has finally made the call that the King has no clothes and the Labour/Greens policy will be popular.

The real problem is that the Labour/Greens proposal is timid. Instead of abolishing these sham markets they propose establishing a government agency, New Zealand Power, as the single buyer of electricity which would in turn sell to retail suppliers. This will not remove the markets but hopes to make them work better by inserting some kind of government referee at one point.

As a friend said the other day – why use a market mechanism to fix a market failure? – why indeed?

At 4.4 million people New Zealand is a small country – smaller than Sydney. Yet we have chopped up our electricity sector into bits, privatising some and told them all to compete. The brainlessness has produced a spectacular market failure.

Electricity is indispensable and generally cheap to produce in New Zealand and yet we have a social crisis with its cost. Children grow up in damp, cold houses and develop serious respiratory diseases because their families can’t afford to heat them and old New Zealanders stay in bed in winter because they can’t pay for the electricity to keep their houses warm enough. It’s all very well having a plan to insulate homes and for the Housing Corporation to install heat pumps in state rentals but if the families can’t afford to use them we are back to square one.

While electricity costs are moving out of reach for our most vulnerable we sell huge amounts of electricity so cheaply to the Bluff aluminium smelter that if it closed, as the New Zealand Herald pointed out two weeks ago, we could provide $80 of free power every month to every New Zealand home – forever.

In the face of such dramatic failure the Labour/Greens proposal is only a timorous step forward.