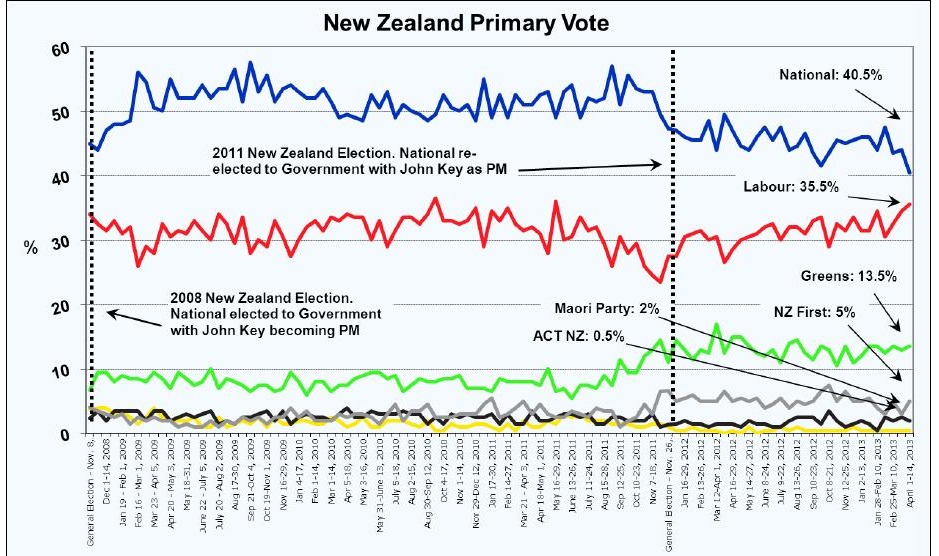 If you take into account the telephone land line bias that is missing the young and the poor, the real margin between the left and right could have Labour and Greens far more in lead than this Poll is suggesting.

If NZers want a real left wing alternative Government the level of a Green/Labour block is vital. If NZ First are needed for the majority they will do all they can to stop any real progressive legislation getting through, just as they always have.

MANA have a real chance of winning Waiariki and would need 2.1% to get John Minto off the list as a 3rd candidate. If MANA have that block and are the difference between needing NZ First and not needing NZ First, the Greens should grasp the MANA option because Winston will never allow them the legislative freedom to force changes this country needs.

Expect a panicked National Party to start violently ratcheting up the rhetoric. What is at stake now is the neoliberal consensus and those who have benefited so richly from free market dogma over the last 3 decades will not willingly allow that consensus to be rewritten.

2014 could be the most important election for progressive politics we’ve ever faced. A Labour/Green/MANA Government could force a paradigm shift that would reset this Nation.

Those 800 000 enrolled voters who didn’t have a reason to vote, suddenly now do.