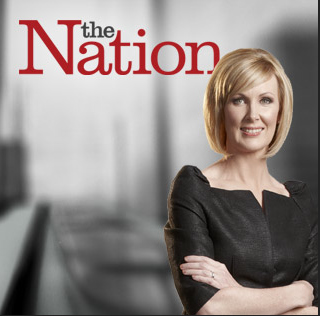 I haven’t reviewed The Nation or Q+A yet this year. I just don’t think it’s fair to review Q+A while Susan Wood is hosting it, what can you say about an interviewer who just shouts over the top of their interviewees?

Q+A isn’t intelligent current affairs, it’s Sunday morning shouty and yelly. Don’t get me wrong, I don’t mind shouty yelly, I like it. But not on a Sunday morning, it’s just too undignified.

So I’ll give The Nation a shot for Saturday morning.

Rachel Smalley is one of the best Current Affairs interviewers in NZ, she is a must watch on FirstLine every week day. Her and Mihingarangi Forbes are the new benchmarks for quality.

Rachel is grilling Parker on their beautiful new electricity policy. The issue with Labour and Greens is what happens if we lose electricity dividends, Parker is doing a terrible job of selling this.

And this is going to be the problem. Labour have great policy here and the main proponents out selling it can’t do that, this is why bloody Cunliffe has to be out selling this. Parker is a wonk, he’s an incredible mind, but he can’t sell the vision. Parker is getting pushed around by Rachel because Rachel has real questions that don’t really get answered by Parker.

If Cunliffe was Finance spokesperson right now Labour would be able to throw down these bullshit criticisms. The worry is that the roar from the msm and the right will spook Labour, especially if they don’t have a champion out front able to sell it.

Gareth Hughes is on. He’s one of the best performers in Parliament and he will be a future leader. I am always impressed with everything he does and he is far better at articulating the case for this policy.

He brilliantly points out that while Joyce is screaming ‘North Korea’, South Korea has a single electricity purchasing agency and prices have dropped 38%.

How does it help the environment is a smart question by Rachel, Gareth counters that it gives those consumers who are already practicing energy efficiency even more incentives by even bigger savings.

Is this designed to derail the Mighty River Power asset theft Rachel demands, Gareth dances around and refuses to get into a debate on that, he offers NZers a choice ‘under National higher power prices and the assets sold – under the Greens cheaper power and assets that won’t be sold’.

Gareth did an amazing job of holding the line and defending the policy, far better than Parker. If Labour don’t lift their sales pitch ability on this, they risk losing more votes to the Greens.

Winnie is on, he will buy the power assets back using the Cullen fund. It’s old school economic sovereignty stuff but Winnie isn’t aiming it at Labour voters he’s aiming this message at National voters.

NZ First is positioning itself to be a possible National Party Government coalition partner and this latest song and dance routine with not voting for marriage equality is a clear tilt to an older more conservative voting block.

Winston is using ‘domestic terrorism’ as his justification for allowing the GCSB to spy on NZers.

YAWN. What a sell out.

Winston is positioning to the right, he will cut a deal with Key given half a chance and if he goes with Labour he will blunt any Green aspiration.

The ghost of Max Bradford is conjured up and wails about electricity prices of yesteryear. Simply put his free market reforms have been a joke and have burnt consumers and the right are scrambling as Labour and the Greens suddenly destroy the political consensus.

Colin James notes the importance of what Labour and the Greens have pulled.

Good episode of The Nation. 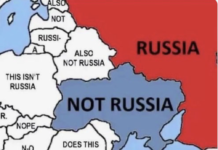