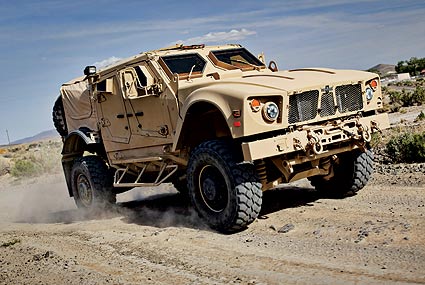 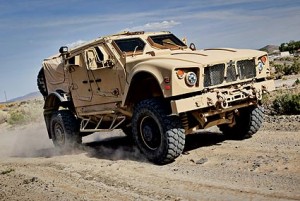 WELL, IT’S BEGUN, and it looks like being a bumpy ride. The release of the Labour-Green Energy Policy has provoked virtually the entire neoliberal establishment into fits of hyperventilating shock and splenetic rage.

I imagine something similar happened during the Copernican Revolution.

“What do you mean the earth travels around the sun? Utter nonsense! Have you never seen a sunrise? A sunset? You must be mad!”

The people to watch now are Labour’s MPs. It’s been a very long time since their party’s been subjected to such severe criticism. And it’s not about to stop. The policy David Shearer and Russel Norman jointly released yesterday afternoon (18/4/13) is a serious – a very serious – blow against the status quo (see: Labour’s release and Green release).

For the first time in thirty years a major political party has committed itself to reversing a significant suite of neoliberal reforms. The sheer panic which Labour’s policy release has unleashed is welcome proof of the extreme fragility of the entire neoliberal edifice.

Unwittingly, National Party Ministers, Steven Joyce and Simon Bridges, and Fairfax Media’s political blogger, Colin Espiner, have revealed just how run-down the system’s ideological bastions have become. When the best neoliberalism’s defenders can do is throw around insults like “crazy”, “insane” and “mad”. Or, sneer at “the local branch of North Korean economics”. Or (my personal favourite) accuse their opponents of wanting to set up something called the “Soviet Socialist Republic of New Zealand”. Well, that’s when you know all the rational and evidence-based arguments are on your side of the debate.

But will reason and hard evidence be enough? Will Labour’s MPs remain united and hold the line against such incendiary attacks? Or, will the more timorous and conventional members of Labour’s caucus lose their nerve, break ranks, and start bad-mouthing the policy behind their hands to the news media?

Then again – and this is both more likely and much more dangerous – Labour’s enemies might simply decide to follow the example of the neoliberal pioneers of the early 1980s and set about subverting Labour from within?

I used to think that’s exactly what we were witnessing in the rise and rise of David Shearer. But, after yesterday’s performance, his putative puppet-masters must be contemplating broken strings.

In just about every way, what happened yesterday is a very big deal.

Neoliberalism’s longevity is due, almost entirely, to its skill in transforming its most effective slogan: “There is NO alternative!”; into electoral reality.

National and Labour have been carefully manoeuvred into forming a sort of permanent ideological condominium. The Alliance, the Greens and NZ First could rail against the neoliberal regime until they were hoarse, but so long as no National or Labour leader was willing to break with neoliberal orthodoxy nothing important was going to change.

The preservation of this Nat-Lab condominium was especially important to the news media. Providing both of the major parties kept to the script, editors and journalists would have no difficulty doing the same. Preaching neoliberalism wasn’t “ideological” or “political” because by doing so they conferred no particular advantage on one side or the other. Neoliberalism became a non-contentious lingua franca, a shared orthodoxy binding government, opposition and news media in a conspiracy of ideological exclusion.

Karl du Fresne’s recent attack on Radio NZ’s “left-wing bias” illustrates the case nicely. The individuals singled out for criticism – Kim Hill, Chris Laidlaw, Jeremy Rose – were judged to be leftists, not on the basis of their actual ideological convictions, but simply because they refuse to embrace the neoliberal faith without question or reservation.

The discussion which took place on The Nation between du Fresne, Brian Edwards and Bill Ralston on this subject recently was as instructive as it was hilarious. None of the participants questioned the basic premise of du Fresne’s critique: that failure to endorse the right-wing creed of neoliberalism is proof of left-wing bias. Certainly, neither Edwards nor Ralston were ready to call du Fresne on his own extreme convictions. In a political environment permeated by neoliberal extremism – they had become invisible.

But now New Zealand’s ideological monoculture has been altered. One of the major parties has decided that in the case of electricity supply and pricing, the market is no longer king. Now, the political party representing at least a third of the New Zealand electorate is saying: “Actually, there ARE alternatives – lots of alternatives!”

Listening to Morning Report this morning, I almost felt sorry for Radio NZ. How were they supposed to handle Labour’s apostasy? How does one report heresy?

The standard journalistic response to something like yesterday’s Labour-Green announcement is pretty straightforward. First, tell people what the policy is. Second, seek out the opinions and judgements of experts in the field. Third, interview the main protagonists (i.e. Shearer and Norman). Four, interview their principal opponents. Five, wrap-up the segment with a summary from Radio NZ-National’s political editor.

But that was not what happened this morning (19/4/13). Instead, Morning Report focused its coverage on National’s and others’ criticisms of the policy. And at no time during the peak listening period (6:30am – 8:30am) was either Shearer or Russell interviewed. The Energy Minister, Simon Bridges, was much more fortunate.

In the new situation which the Labour-Green repudiation of neoliberalism has created, this simply will not do. If the news media refuses to engage with ideas and policies that neoliberalism’s Procrustean bed cannot accommodate, then its political alignment with right-wing ideology – and the National Government – will be undeniable.

That is, of course, its right, but turning itself into an antipodean version of Fox News will come at a price. An absence of fairness and balance will eventually cause readers, listeners and viewers to migrate to alternatives where such qualities are more in evidence.

Meanwhile, as the news media (and the rest of us!) adjust to these new realities, Labour and the Greens are going to have to make like Bette Davis in All About Eve. The 1950 movie in which she, memorably, warned her friends to:

“Fasten your seatbelts – it’s going to be a bumpy night.”