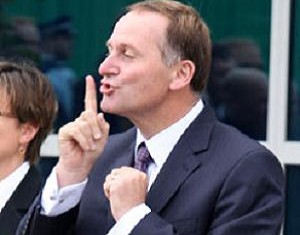 Continued from: National’s disdain for the law

Protestors vs The Power of The State…

In the late 1970s, one of the very first protest activities I became involved in was highlighting the imprisonment of Soviet dissidents in the now-defunct USSR. (This was of intense interest to me because of my Eastern European heritage.)

The Soviet Union had approximately ten thousand political prisoners locked up in “Corrective Labour Colonies”, “psychiatric” institutions, and various prisons. (Most of which were located in the Moldavian region and not the archetypal Siberian labour camp that Westerners thought characterised the Soviet political penal system.)

Two of the charges commonly laid against Soviet dissidents were “anti Soviet agitation and propaganda” and “slandering the Soviet system.” Either charge could land a hapless political activist in prison for five, seven, ten, or more years.

The heavy sentences were handed down not just to isolate dissidents from their colleagues and the public – but to serve as a dire warning to anyone else who might ‘buck the system’.

That could never happen here in New Zealand, right?

It is happening here, and now, in our own country.

After the Deepwater Horizon disaster in the Gulf of Mexico,  in April 2010, it was  little wonder that East Coast locals and environmental activists joined together to protest against deep-sea drilling of their coast.

East Coasters – and the rest of the country – have  had a clear warning of the potential danger of an environmental catastrophe that might strike the region. One that we are simply unprepared for, as the grounding of the MV Rena showed, eighteen months later.

Public disquiet and anger was such that by November 2011,  Key was prepared to be secretive about his meetings and discussions with oil companies,

In normal circumstances it would seem unusual that a Prime Minister would keep such a top-level meeting secret. One would think that it should be quite a coup to have  a visiting CEO of such a large corporation visiting New Zealand. Especially where there is Big Money to be made.

Recently, on TVNZ’s Q+A, on 3 April, Energy Minister and Dear Leader Mini-Me, Simon Bridges announced a new law with heavy sanctions against protesters who “want to stop other people going about their lawful business and doing what they have a permit to do and they are legally entitled to do”.

He said, in part,

JESSICA MUTCH I want to start off by asking you your predecessor in a speech, Phil Heatley, said, ‘I’m determined to ensure the mining sector is not hampered by unsafe protest actions by a small but vocal minority.’ You’ve been working on this since taking over. What are protesters in for?

SIMON BRIDGES So, that’s right. So we are acting, and so two offences are going to be put into the Crown Minerals Bill. Look, the first of those is truly criminal offence. Effectively, what it says is that it will be stopping people out there at deep sea, in rough waters, dangerous conditions, doing dangerous acts, damaging and interfering with legitimate business interests with ships, for example, seismic ships, and what they’re doing out there.

JESSICA What fines are we talking about there?

SIMON Well, for that one, 12 months’ imprisonment, or $1000 (please note: the minister meant $100,000 not $1000) or $50,000 fine, depending on whether you’re a body corporate or an individual. Then a lesser, more infringement offence, really, strict liability offence for entering within a specified area, probably up to 500 metres within that ship, again because of the dangers associated with doing that.

Bridges even admitted that vested interests were involved in the law-change,

JESSICA Did mining companies complain to the Government?

SIMON Oh, there have been complaints. Look, I’ve talked with a range of businesses.

JESSICA So isn’t this just basically a sot to mineral companies and mining companies?

SIMON No, I don’t think so. In fact, I think what’s also true is this is best practice. You look at Australia, you look at other countries, they already do this. We’re also, I think, here filling a gap in the sense that to the Territorial Sea – that’s 12 miles out – you already have these sorts of provisions. Even the Exclusive Economic Zone, as I say, a massive area – 4 million-odd square kilometres – there are some provisions for oil rigs and so on. But for these moving vessels, where it was very dangerous and we thought so, that’s where we’re acting.

JESSICA Was this prompted by the Elvis Teddy case?

SIMON Look, that’s certainly part of the genesis of this.

The hypocrisy and self-serving nature of the proposal to criminalise protest action was best exemplified when Bridges assured viewers that he “passionately” supported people’s right to protest,

JESSICA Don’t you think a lot of New Zealanders would agree, though, that people have a right to protest? Even if I’m not out there with a placard, you still support people’s right to be able to do it.

SIMON Absolutely, and I think, you know, that goes to the heart of being a democracy. I believe that passionately. My point is there are a huge variety of ways which New Zealanders can protest about anything. I would never want to stop that, but what they can’t do is dangerously, recklessly interfere with other people’s rights to go about their business.

And yet, when Bridges talks about the right to protest, he is adamant that “what they can’t do is dangerously, recklessly interfere with other people’s rights to go about their business”.

I would submit to the Minister that  proposed legislative changes are directed at the wrong party. It is oil companies that should be prevented from undertaking activicties that would  “dangerously, recklessly interfere with other people’s rights to go about their business” should another blowout send millions of barrels of oil washing across our East Coast.

Unfortunately I cannot submit anything to the Minister. No one can. (Except oil companies.)

It  is a startling fact: the proposed law change to criminalise sea-borne protests will not go before a Parliamentary Select Committee. It will be passed through Parliament as a Supplementary Order Paper, meaning that it will avoid Select Committee scrutiny or a Public consultation process.

This blogger cannot emphasise how repugnant this proposed law-change is – nor how much it brings to mind the abuse of State power, as happened in the Soviet/Eastern Europe bloc.

This is how National wants to rule; by decree from the Executive.

Replace “Cabinet”  with “Politburo”, and you begin to get an understanding of what I’m describing  here.

It does away with the Parliamentary process; it avoids scrutiny by a Select Committee; and it eliminates any opportunity for the public to be involved by making submissions.

This is bad law-making.

This is naked authoritarianism.

This has the hallmarks of a government that distrusts and fears it’s own people and views public inclusion with disdain.

Never mind Labour’s so-called  “Nanny State” that National complained about in 2007 and 2008 – this has all the hallmarks of a quasi-fascist state.

This is a desperate, shabby thing that Simon Bridges and his Party are doing.

It is so wrong that I am in disbelief that it is happening.

In just under two weeks, National has rammed this legislative amendment through the House, with the assistance of two grubby MPs who should not even be in Parliament.

Nek Step: National passes legislation banning all protest activity in public places. Key reassures New Zealanders that protest activity will still be legal in the privacy of peoples’ own homes. (Though for assemblies of three or more people, a Police-SIS-ODESC-GSCB  permit will be required.)

The Daily Blog: The Conspirators

The Daily Blog: The Guts and the Authority: Curbing the Powers of the GCSB

The Daily Blog: Worse Than We Thought: Rebecca Kitteridge and the New “Community” of Spooks