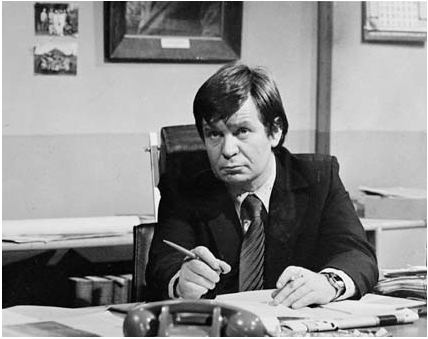 ONE DAY SOON, the National Party’s hatred of the poor is going to exceed the bounds of political acceptability. On that day, the long, slow, rightward swing of the electoral pendulum, which began with Don Brash’s toppling of Bill English in October 2003, will stop and reverse direction. Whether the leftward swing lasts for ten years or just two will depend on how far towards the centre of our political and cultural stages the next, Labour-Green, government is prepared to let working-class New Zealanders advance.

The first big test will be whether or not the new government’s is willing to revivify the trade union movement.

The Right’s testimonies to the late Margaret Thatcher have been filled with references to her success in “curbing the power of the unions”. By giving this feat pride of place among Mrs Thatcher’s “achievements”, her supporters have confirmed its central importance to the entire neoliberal project.

Rolling back the gains of the working-class was Mrs Thatcher’s mission – just as it was Roger Douglas’s and Ruth Richardson’s. An empowered working-class (that is to say a unionised working-class) will always place full-employment at the very top of its list of priorities. But, as the Polish economist, Michal Kalecki, pointed out in “The Political Aspects of Full Employment” – his famous Political Quarterly article of 1943:

“The maintenance of full employment would cause social and political changes which would give a new impetus to the opposition of the business leaders. Indeed, under a regime of permanent full employment, the ‘sack’ would cease to play its role as a ‘disciplinary’ measure. The social position of the boss would be undermined, and the self-assurance and class-consciousness of the working class would grow.”

Stripped of their tendentiousness and economic distortions, this is what those right-wing tributes to the ‘Iron Lady’ were really all about. Across the industrialised world of the 1970s upper- and middle-class voters were desperate for someone – anyone! – to shove an increasingly self-assured and politically conscious working-class back in its box. (Or was it a cage?)

A Labour-Green Government which neglects to instigate a radical structural reform of New Zealand’s labour relations regime will reveal itself to be just one more iteration of the neoliberal project which has dominated policy-making in this country since the mid-1980s.

Radical structural reform does not, of course, imply the straightforward reconstitution of the old system which the Employment Contracts Act (1991) swept away. Legislative change should only be initiated after the most comprehensive inquiry into the principles, objectives, processes and powers that working-class New Zealanders, themselves, would incorporate into the blue-prints (red-prints?) of an independent and effective trade union movement – fit for the twenty-first century.

Such an inquiry could not, therefore, rely exclusively on the submissions of existing unions. Twenty-two years under the most extreme labour relations regime (excluding outright dictatorships) that neoliberalism was able to devise has taken its toll on a whole generation of union leaders. Their definition of what is possible should no longer be trusted.

What, then, would a New Zealand in which working-class people were empowered to be, and welcomed as, full and active participants in the nation’s affairs, look like?

The most obvious change would be the complete marginalisation of those social forces with an interest in demonising and/or infantilising working-class people. The framing of issues relating to working people’s lives would cease to reflect the fears, fantasies, prejudices and interests of their middle-class managers and upper-class employers, and would, instead, begin portraying working-people as the heroically practical managers of living conditions defined by employment insecurity and material scarcity.

The political logic flowing from this reframing would no longer be that of containment and supervision, punishment and control, but of wealth redistribution and the re-prioritisation of resource allocation.

The accents of “choice” would be superseded by the languages of “need”.

If you are disposed to dismiss all this as deluded idealism and wishful thinking, just spend a little time investigating the political and cultural trends of the last century. The social and cultural history of the twentieth century is distinguished, overwhelmingly, by the intrusion of middle- and working-class values, themes and aspirations into a cultural and political milieu formerly dominated by the ruling elites.

The third quarter of the twentieth century was particularly notable for the steady advance of working-class political and cultural values, and for the middle-class jealousy, anxiety and rage which that advance inspired.

Whether it be John Osborne’s Look back in Anger, Michael Caine’s adenoidal cockney accent, or the Beatle’s triumphant conquest of the world’s pop-charts, it is impossible to miss the “shocking” intrusion of working-class taste into the heart of Britain’s cultural life. It was almost as shocking as the “beer and sandwiches” that a succession of Prime Ministers were obliged to serve aggrieved delegations of trade union leaders.

The same, mutatis mutandis, was true of this country. Perhaps the best example is the publicly funded television series centred on the exploits of a trade union secretary. With Ian Mune in the starring role, Moynihan was a 1975 TV One-ABC co-production which went to air in 1976-77.

Try pitching that to TVNZ today!

Of course, the measure of neoliberalism’s triumph is, precisely, that anyone suggesting such a series today would be laughed out of the room. The very idea that working-class people used to have their own organisations, with their own politics and politicians, and that those politicians once bargained as equals with Cabinet Ministers – well, it’s ridiculous. That a whole series based on such nonsense actually got funded – and attracted decent ratings? Preposterous!

Labour’s and the Green’s eighteen month mission, if they choose to accept it, is to harness the electorate’s anger and disgust at the National Party’s willingness to stigmatise and marginalise more and more ordinary, decent working-class families and communities, and to use that disgust and anger to strengthen the political pendulum’s swing.

And once the swing is on, assuming they’re committed to staying the course, let Labour and the Greens invite those ordinary, decent, working-class families and communities to take their rightful place at the centre of New Zealand’s political and cultural stages.

Both parties will be astounded at what working-class New Zealanders, given half a chance, can do.