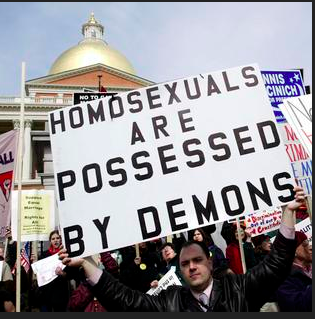 You would be excused for thinking that after The Marriage equality Act passes on Wednesday the gay community will finally have all the rights and protections we need. Nothing could be further from the truth and there are many issues that need addressing, and most are urgent.

Former National MP Katherine O’Regan has apologised to transgender people for not including their protection in changes to the Human Rights Act in 1993. She said there is still work ahead, such as sorting out the way transgender people are treated in law. “I suppose gay law reform was sort of the lynchpin to start all of that,” she said, before adding there is still some way to go.

Well, the Human Rights Act was changed in 1993. In the last 20 years NOTHING has changed legally for Transgendered people. As is is very simple for full legal coverage be given to transgendered people this really needs to be addressed and the laws changed NOW. I really hope that as attention has been explicibly drawn to this issue that it is now remedied. And katherine was a National M.P. I seriously hope the NZ political parties who are meant to be socially conscious really push for equal rights for Transgendered people.

2. Gay teen youth suicide rates.
Studies in New Zealand have shown same-sex high school students have higher rates of depression, suicide, self-harm and alcohol misuse than their heterosexual peers. It seems these statistics have been facing the gay community for decades now, and apart from a few tours of schools focusing on gay bullying, they have never been fully accepted nor addressed. Do gay youth need to be treated as differently from straight youth and gay youth suicide rates addressed seperatly from all teen suicide? The use of language is easily addressed. The use of ‘gay’ and ‘fag’ and ‘homo’ as everyday insults accepted by society has to change. It is not accepted to call someone a ‘nigger’ as an everyday insult in the school yard. So nor should anti-gay terms be accepted at schools at any stage. Of course, when we have a P.M. who happily states ‘gay’ means qierd and lesser, it clearlt illustrated how far we still need to go. We need to make our youth aware the future is fantastic and they are an important part in the future of New Zealand. And cherish them.

3. Gay teen homelessness.
This is connected with point 2. There are no figures in New Zealand for homeless teens, but stats out of America show gay youth are 4 TIMES more likely to be homeless than their straight peers. The reasons in America are religious parents who will not accept that their child is gay. NZ needs clear studies and we need numbers on what the stats are like for our country in relation to homeless gay teens. And we need to help them.

4. Violence against gay people.
Every weekend, and I mean that sincerly, my facebook feed is full of stories from around the country of casual violence experienced by gay people. We all know that NZ has huge issues with random violence, but when someone shouts ‘DIE FAGGOT’ as they are kicking a gay in the head, we are certainly seeing this directed at gay people. The police need to prosecute them as hate crimes and the sentence should be harsher. And people need to take care of each other when we are out now. So much nager out there.

5. HIV Infections are up, again.
We need to use condoms. We need to go back to how we operated in the 1980’s when we made secret deals to always use condoms. We poured love and worth into our friends on a personal level to protect ourselves and each other. We have lost too many already. We need to own our bodies and our lives.

6. Live how you really want.
With heteronormalization running rampant, remember we can live the lives we want. With wit, with passion, with fantastic friends, we invent our own families and our own traditions. Be political always. Marriage equality may pass tomorrow, but the issues facing us are still many. So dance whilst you can.