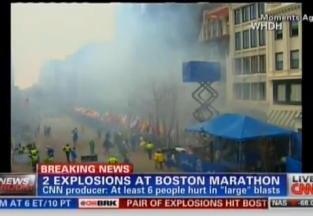 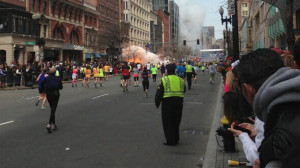 Terrible news that the explosions at the Boston Marathon were caused by bombs.

Read more: Multiple deaths in Boston Marathon explosion – Story – World – 3 News
The Boston Marathon says that bombs caused the two explosions heard at the finish line and that organisers were working with authorities to determine what happened.

Organisers made the announcement on the group’s Facebook page.

And this from AP

We have heard that TDB contributor Laila Harre is safe, she had just finished the race when the explosions occurred.

I’ve never wanted an explosion to be a gas explosion so much in my life, but someone, for whatever reason has decided to target Boston and the paranoia and anger of a hurt America is a terrible thing to behold.

Let’s remind ourselves that this type of terror occurs on the streets of Iraq, Afghanistan and dozens of other places every week.

Hug a Muslim friend today, things may get ugly again.