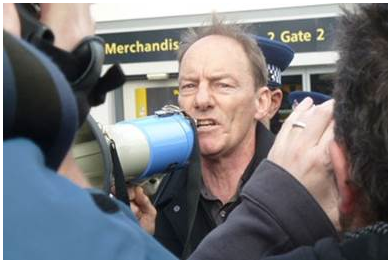 A JOHN MINTO CANDIDACY for the Mayoralty of Auckland City makes sense from a whole range of perspectives. Sure, it’s an obvious move for a Mana Party in urgent need of lifting its political profile. But a Minto for Mayor campaign has the potential to be a whole lot more than that. Like the extraordinary Alliance campaign of 1992, a well-managed run by Minto and Mana could touch-off one of those spectacular electoral prairie-fires that every now and then turn Auckland politics on its head.

From a left-wing perspective, a Minto mayoral campaign offers another big bonus: it would force the incumbent, Len Brown, to justify his re-election.

At present, all the signs point to Brown being re-elected virtually unopposed. The right-wing Communities and Residents group has been surprisingly unsuccessful in identifying anyone with either the reputation or the resources to run against the Labour-friendly Brown.

In 2013, C&R appear to be concentrating their efforts on keeping the Council seats they already hold and maybe picking up a few more. Securing a majority around the Council Table, and using it to rein-in Brown’s mayoral powers, seems to be their sole strategic objective.

In the absence of both right- and left-wing pressure, Brown is currently enjoying the luxury of a more-or-less uncontested stroll towards a second term.

A Brown campaign unimpeded by either the critical examination of his record, or anything remotely resembling a detailed policy manifesto, looms before Auckland voters. A triumphant re-election, unencumbered by promises, is what Brown expects. And that’s what he’ll get – unless he is challenged.

Challenged on what? What could possibly trip up Mayor Brown on his princely progress towards a second term?

The answer can be summed up in just three words: the Auckland … Unitary … Plan.

Len Brown has committed himself not only to the AUP, but to its fast-track ratification. If he gets his way, it will be in place (September 2013) before Aucklanders even have the chance to vote it out (October 2013).

This fast-tracking has not gone down well with voters. At meeting after meeting, in community halls across the city, the Council and its representatives have been left in no doubt as to the local residents’ dissatisfaction – even hostility – towards the AUP. The fuel is there for a political prairie-fire of massive proportions: Brown is terrified of, and determined to stamp out, any spark capable of setting ablaze grass-roots that are tinder-dry.

Presented by its authors as a progressive alternative to the urban sprawl which has blighted Auckland’s development since the 1950s, the AUP – as currently configured – is actually little more than a developer’s charter. The fruit of the sort of collaboration between Council bureaucrats and property speculators that ruined the beautiful harbour city which once graced Auckland’s isthmus.

The same brutality that disfigured the central city during the 1980s and 90s is now about to be unleashed on Auckland’s outer suburbs. And if Brown and the Auckland City planners get the fast-track approval they’re looking for, by the time ordinary Aucklanders wake up to the danger – it will be too late.

To date, only two of the Left’s representatives on the City Council have responded to that danger: Mike Lee and Sandra Coney. Both of them added their signatures to a letter to Prime Minister John Key urging him to block the Mayor’s request for the fast-tracking of the AUP.

Mana thus has the opportunity to construct a potent political alliance: not only with Lee and Coney, but also with the middle-class residents of those Auckland communities already (and about to be) mobilised against the AUP. These people may not be natural allies of the Left, but few would dispute that John Minto is a fearless fighter in a worthy cause. Many of them will have personal memories of the anti-apartheid protests he led in the 1980s.

Properly presented to the electorate, Mr Minto has the ability to make these erstwhile middle-class protesters say:

“You may not agree with everything he says, but you’ve got to admire his willingness to stand up and be counted. If anybody has the skills and the guts to take on the Auckland establishment and win – it’s bloody Minto!”

Over and above promising to slam the brakes on the AUP (and subject it to a much longer period of democratic consultation) Minto can offer yet another, potentially huge, vote-winning policy package.

He has long been a trenchant and absolutely uncompromising opponent of the parasites who have attached themselves to the communities of the poor and the desperate: the pokie machine owners; the loan sharks and the neighbourhood grog-sellers.

Old-time left-wing religion this may be, but in the communities of South and West Auckland there are thousands of Pasifika and Maori people who still know the words and the tunes. Once again, with the appropriate introductions and the right sort of presentation, Mr Minto could carve a truly spectacular chunk off Brown’s South and West Auckland vote.

And, on the central issue underlying practically all of the challenges confronting twenty-first century Aucklanders – affordable housing – Mana and Minto have the advantage of being utterly unafraid of utilising the full powers of central and local government. In mounting a bold and unequivocal campaign for state and municipal involvement in affordable working-class housing construction, Minto and Mana would not only be exposing the paucity of Brown’s achievements on the issue, but they would also be drawing a contrast between a policy geared towards the children of the poor, and the Labour Party’s current electoral target – the children of the over-extended middle-class.

Joseph P. Kennedy is said to have told his sons, Jack and Bobby, that to win the US Presidency one needed only three things: the first was money; the second was money; and the third was … money. And, of course, being lefties, money is the one, absolutely necessary adjunct to campaigning that Mana and Minto do not have.

Which is why a mayoral campaign based firmly on tapping into the groundswell of discontent created by the deficiencies of the AUP has such appeal. Presented as a tough fighter for the right of Auckland’s 474,000 rate-payers to enjoy the secure possession of the homes and sections they have worked all their lives to own, John Minto could attract money. Maybe not more-than-enough money, but probably just-enough money to mount something considerably more than a token, brand-building mayoral campaign.

So, for what it’s worth, my advice to Mana and Minto is: “Run, John, run!
By standing you have very little to lose but your party’s low profile. You have New Zealand’s largest city to win.”