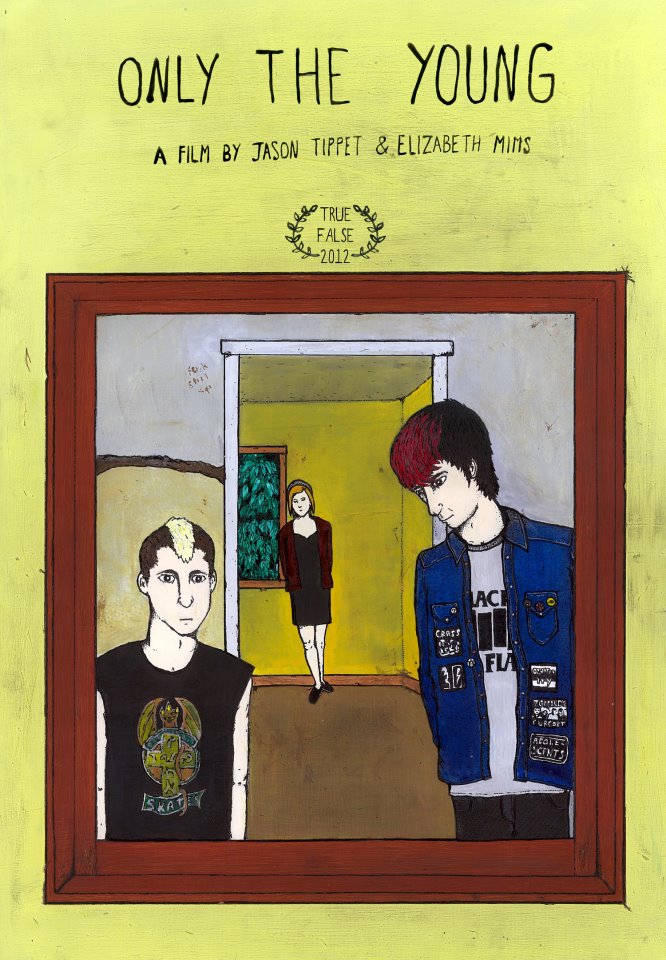 Only the Young follows three teenagers living in a small desert town in Southern California. An aesthetic triumph, the documentary beautifully achieves its aim of reflecting significance of the personal journey of adolescence.

There is a feeling of instant nostalgia when watching this film that made me constantly aware that the camera has captured something which has already been confined to the past. The abandoned houses and theme parks of the town provide the prefect backdrop to echo this prevailing sense of the fleeting moment.

The film focuses on two best friends: Kevin and Garrison who spend their days skating and dreaming of building a breakaway ‘colony of cool’ in an abandoned house on the outskirts of town. Both are wonderfully frank and vulnerable as we witness their explorations of love and aspiration. The two boys are joined by Skye – the one-time girlfriend of Garrison – who shows admirable bravery in the face of difficult personal challenges.

One aspect of the film that made me slightly uncomfortable was the ancillary presence of Christianity in the lives of all three teenagers. I will readily declare my natural suspicion against religious content, but what I found slightly irritating was the clear influence that religion played whilst remaining largely unexplored. I was left wondering why the camera, which has so delicately revealed all manner of yearnings and motivations, remained disinterested with respect to this aspect of the teenagers’ lives.

That aside, the film was incredibly moving, charming, and funny. It reflected the awkwardness, fragility, and beauty about the experience of growing up. I would recommend this to anyone who can recall the bloom of adolescence, or those who need reminding.