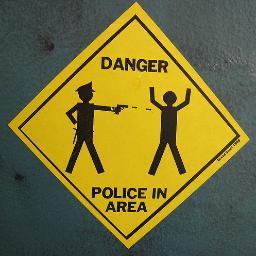 One really has to be bewildered by Deputy Police Commissioner Mike Bush’s comments at the funeral of corrupt cop Detective Inspector Bruce Hutton. Hutton’s planting of evidence that led to the wrongful imprisonment of Arthur Allan Thomas is our country’s most obvious example of Police corruption, since then the NZ Police have worked hard to be far smarter in hiding their corruption.

The insular world of the NZ Police where any means justify the ends is obvious at all times. We saw their narrow world of self-justifications play out when Dame Margaret Bazely reported on the sado-masochistic pack rape culture of the Police. We saw it when Clint Rickards lashing out that his fellow sado-masochistic frat brothers “shouldn’t be where they are”. We saw it when it was revealed they had attempted to intimidate and limit Bazely’s review and we see it today by the fact that not all of Bazley’s reviews have been implemented.

We see it in Police cheerleader Greg O’Connor’s belief that the Police were being ‘ritualistically humiliated’ when criticized that they hadn’t implemented all the recommendations to stamp out the sado-masochistic pack rape culture and we see it in the horrific case of the Police framing of Teina Pora who has now served 20 years for a crime he clearly never committed.

We saw it in the Police lying to the court to gaining a conviction cover story for an undercover cop and we saw it with them illegally spying in the Urwera ‘terror’ case (only to be allowed to by the National Government).

What NZ really needs is for a youtube version of these NZ Police shows that has commentary over the top explaining how Police are violating your rights and the best tactics to adopt to avoid acquiescence.(Actually that’s such a good idea I might start exploring that option for the Daily Blog.)

I suspect the culture of police worship is a Pakeha hang over from land confiscation. It must have been uneasy living with an indigenous people you were stealing from, so the reliance on the local constabulary to beat unruly natives senseless was engrained on the colonial DNA and lives with us today.

I am involved in the official complaint against the Police and their role in the bullying and threats made against medicinal cannabis activist Stephen McIntyre that led to his suicide. The resolve of the IPCA to investigate his case is hindered by the total lack of resources available to them.

The Police can not change their internal culture and can only be forced to adapt if held to a far higher threshold and transparency. For that to happen, NZers themselves need to shake off their complacency.