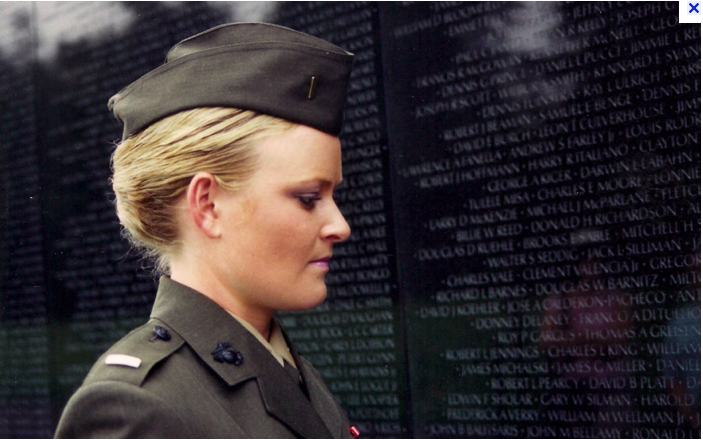 If you want a practical demonstration of what institutionalised rape culture looks like, here you go. The Invisible War introduces you to veterans (mostly female but not exclusively) who were raped whilst serving. Their stories are unique but the themes of victim blaming, coverups and impunity for perpetrators are common.

In many of the cases the women were punished for reporting the attacks. Some were charged with adultery when the married party was the perpetrator. One woman is in a five year battle with the Veterans Association to receive coverage for a jaw operation which she needs for the injury cause when she was struck during her attack. She has been on a soft foods diet for that whole time. Some of the women describe how from day dot they were treated like a piece of meat. Others describe how they felt absolute trust and camaraderie, before being raped by one of their brothers-in-arms.

There were moments when the audience was audibly horrified. Like when rape was described as an ‘occupational hazard’ in a federal court judgement.

Or when Dr Kaye Whitley, the former director of SAPRO (Sexual Assault Prevention and Response Office) was discussion the work they do. Most of which looks to consist of posters telling men to ‘wait until she’s sober’… wait what? Or videos dripping in machismo telling the boys to be ‘strong’ and ‘stand up’…cause reiterating those valued traits of hegemonic masculinity has worked so well so far… The worst part though is when she is talking about the steps that the women need to take to protect themselves. The interviewer asks what they consist of ‘walking with a buddy’. Right. And…? Um. That’s it.

Aside from the tragically regressive prevention schemes, one of the problems has been the reporting structure. Reports of such violence were meant to go through ones commander. But 25% of women raped, were raped by their commander. But this is at least a slight positive twist to the story. Since the release of this documentary, the power to make decisions on such issues have been removed from commanders. This is just the start, a whole campaign has begun around the documentary. This shows the incredible power documentaries can have.

Troubling and angering and very very powerful. Go with a friend and then go for a wine and a rant after because you’ll need to.