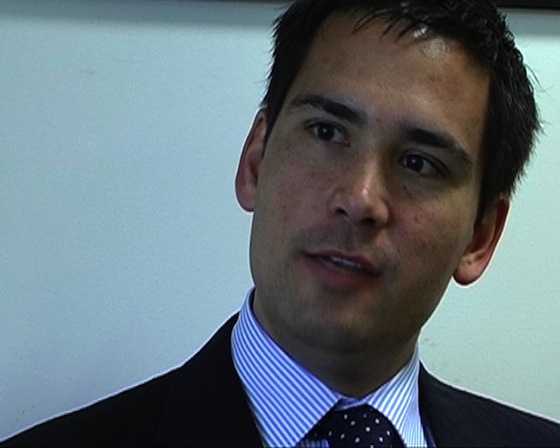 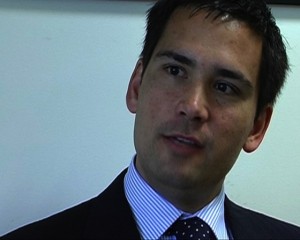 SIMON BRIDGES in full rhetorical flight is something to behold. Speaking to the Crown Minerals (Permitting and Crown Land) Bill and his controversial Supplementary Order Paper containing a number of draconian anti-protest clauses, the National Government’s fiesty young Minister of Energy had this to say:

“What is quite clear over that side of the House is a view that says the ends justify the means, right? The ends justify the means. They are so clear in their smarmy little chardonnay socialist world that they are right that they do not care about other people’s rights. “Rights for our side; no rights for anyone else!” Well, I will tell you … that business people in this country have rights too, actually, and talking about business and development is not a shameful thing. Actually, it is what makes the world go round and it is what pays for all your socialist ideas, frankly.”

“Smarmy little chardonnay socialists”: I wonder if Mr Bridges could identify the political tradition to which he is indebted when he uses such evocative descriptions? Would he be proud or ashamed to learn that “chardonnay socialist” places him in the same right-wing populist political tradition as the politician whose name was once synonymous with the seat of Tauranga, Winston Peters? And, before him, Sir Robert Muldoon?

Mr Bridges has always struck me as a thoroughly instinctive National Party politician. One who has absorbed his political beliefs more by social osmosis than out of the academic textbooks he was required to master as part of his legal training.

The son of a Baptist pastor and a primary schoolteacher, Mr Bridges’ personal and political values are a reasonably faithful reflection of the conservative beliefs characteristic of both his church and the primly suburban Te Atatu community in which he was raised.

Tauranga is not too different from Te Atatu. Comfortable, striving, sports-mad – and deeply mistrustful of anything requiring strenuous intellectual or moral effort. The voters living in these communities like to acquire their opinions in much the same way they acquire their wardrobes – off the rack. Bespoke opinions, and those that come with fancy designer labels, betray their supporters’unhealthy disdain for everything that is normal, customary, common and conventional.

Opinions like that lead to protests at sea, Green politics and (heaven forbid!) socialism!

In this Mr Bridges reminds me a lot of that original cheer-leader for “the great silent majority” – Richard Milhous Nixon.

No one “got” suburbia (and the values, ideas and aspirations of the people who lived there) better than Nixon. No one understood more intuitively the petty resentments and the envious striving; the deep hunger for novelty and escape; and the even deeper fears of difference and failure that lurked behind the happy façade of neatly-trimmed lawns, well-tended flower-beds and late-model cars.

Nixon narrowly won the presidential election of 1968 – that annus horribilis which witnessed the assassinations of Martin Luther King and Senator Robert Kennedy; the riotous melee calling itself the Democratic Party convention in Chicago; something close to revolution in Paris; and for one brief spring in Prague, “socialism with a human face”.

The children of the suburbs were, by turns, stricken, enchanted and aroused. Their parents were frightened and appalled.

Nixon calmed suburban America’s fears and reassured its inhabitants that, despite all appearances to the contrary, their world was not falling apart. The younger generation’s fierce assault on the values of the “system” their parents had constructed was as misguided as it was offensive. They had been misled by irresponsible teachers, liberal journalists and communist agitators.

In his famous speech of 1969, in which he asked the American people to stay the course in Vietnam, Nixon appealed over the heads of America’s disaffected, anti-war, youth – the vocal minority – to the millions still willing to rally ‘round the flag:

“Two hundred years ago this Nation was weak and poor. But even then, America was the hope of millions in the world. Today we have become the strongest and richest nation in the world. And the wheel of destiny has turned so that any hope the world has for the survival of peace and freedom will be determined by whether the American people have the moral stamina and the courage to meet the challenge of free world leadership.

Let historians not record that when America was the most powerful nation in the world we passed on the other side of the road and allowed the last hopes for peace and freedom of millions of people to be suffocated by the forces of totalitarianism.

And so tonight – to you, the great silent majority of my fellow Americans – I ask for your support.”

Lindsay ran on the progressive Liberal Party ticket and drew his support in almost equal measure from the city’s poverty-stricken blacks and its educated middle-class professionals. Procaccino’s was contemptuous of Lindsay’s willingness to implement the social reforms demanded by New York’s middle-class liberal’s, while supporting the city’s black communities out of the taxes of the city’s socially conservative white working-class.

In a campaign memo he poured out his resentments. Lindsay’s backers, he wrote, were:

“[R]ich super-assimilated people who live on Fifth Avenue and maintain some choice mansions outside the city and have no feeling for the small middle class shopkeeper, home owner, etc. They preach the politics of confrontation and condone violent upheaval in society because they are not touched by it and are protected by their courtiers.”

Lindsay, too, was a “Limousine Liberal”.

Mr Bridges did not call his Labour Party critics “Limousine Liberals”, but he did employ the expression’s Kiwi equivalent. His “smarmy, little chardonnay socialist” conveys exactly the same picture as Procaccino’s alliterative insult: of a political activism socially and culturally disconnected from the people it purports to represent.

Back in the 1980s, Mr Bridges’s predecessor as MP for Tauranga, Winston Peters, was gifted a similar (if somewhat cruder) descriptive phrase by his then speech-writer, Michael Laws. He called the Pakeha fellow-travellers of Maori nationalism “Sickly White Liberals”.

This, then, is the provenance of Mr Bridges’s stirring rhetorical imagery. A rough-and-ready, Italian-American, Democratic Party, ward-heeler, channelling a small-town, ill-at-ease, Republican President, in a concerted effort to politically delegitimise an ideologically progressive, but demographically displaced, left-wing minority.

Like Paula Bennett, his National Party colleague from the West Auckland seat of Waitakere, Mr Bridges’s instinctive populism leaves one with the impression that, had his life taken only a slightly different course, he might now be sitting alongside Damien O’Connor and Clayton Cosgrove – on the right of Labour’s caucus.