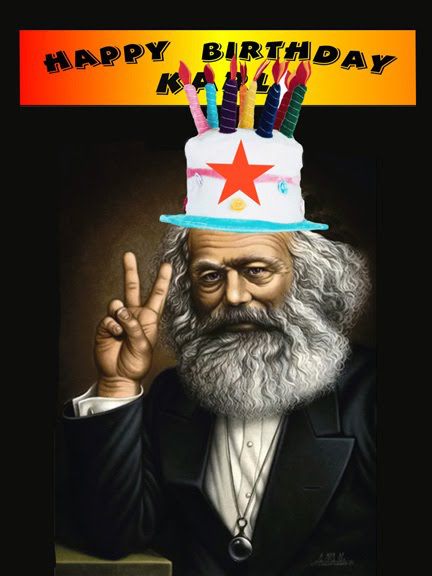 During Easter weekend I attended the Marxism 2013 Conference at Melbourne University. As there was zero coverage in New Zealand my experiences and observations may interest Daily Blog readers.

Over eleven hundred people came to participate in discussions and hear speakers from around the world. Opening night Thursday was a remarkable occasion. In a packed student union theatre the contributions of Brian Jones (New York African-American teacher,actor and activist), Gerry Riveria (President of the Phillipines Airline Union), Bob Carnegie (Australian union and social justice activist) and Vashti Kenway (Australian committee member of Socialist Alternative) were preceded by a major announcement. Two major parties, Socialist Alternative and the Revolutionary Socialist Party decided to merge; unity prevailed and the applause was spontaneous.

This spirit of solidarity was pervasive over the next three days.

There were various country and regional reports from Syria, Palestine, Thailand, the Philippines, the United States, Sudan, Venezuela and India. Five or more conference streams unfolded simultaneously, during breaks enthusiastic throngs slurped coffees and chomped through sandwiches while trying to pick a session.

On Saturday at 10am we could choose from Marxism and prefigurative politics (Roz Ward), How do socialists convince people to be revolutionaries? (Max Lane), Italy:the occupation of the factories (Alexis Vasserly), Fremantle : the story of a radical Australian port (Lewis Todman), World War One and the radical upsurge (Robert Bollard) and Stalin: Butcher of the revolution (Liz Walsh). I went to the first session and witnessed a friendly stoush between Roz Ward and an articulate young male anarchist, the political frission of `Occupy` was clearly apparent.

Evenings were spent around the student union pub balcony catching up with activist friends and/or arguing the finer points of Marxist theory. The serving of beer in jugs enhanced the feeling of solidarity and bonhomie. Investigative journalist John Pilger and Black Panther activist Billy X James were the conference keynote speakers. John spoke with his usual moral clarity without having to dress down carping television interviewers.

I looked for Kim Hill but she was nowhere to be seen in the large audience.

I did spot some fawning acolytes who later queued patiently with their John Pilger books, ready for signing by the man himself. At that point I headed for the bar, looking for dialogue rather than discipleship.

Billy X Jennings` talk provided vivid recollections of Huey Newton, Bobby Seale and Eldridge Cleaver during a time of civil rights protest, police brutality, urban riots and black community activism. Billy is an international figure these days so it was great to hear his favourable mention of the Polynesian Panthers. He was introduced by legendary Aboriginal activist Gary Foley, a hard case raconteur who knew where a lot of bodies were buried, so to speak. After Gary`s own session we chatted briefly about his involvement with Nga Tamatoa and the 1975 land rights march.

Less well known presenters who also impressed me included Simon Butler, former editor of the Green Left Weekly, who spoke on eco-socialism, fossil fuel capitalism and global warming. Diane Fields and Susan Price gave an excellent snapshot of the Australian political situation. A central theme was the growing political leverage of the mining companies. Toufic Haddad brilliantly analysed the neo-liberal takeover of the Palestinian Authority. It’s not just the Israeli occupiers we should be worrying about,the Palestinian business class is also part of the problem.

So, what did I learn from the conference? Well, the Australian extra-Parliamentary left is strong and increasingly cohesive, especially by New Zealand standards. Indeed, apart from Brian Roper, Mike Treen and some younger activists, Kiwis were hard to find. I reckon the Australian political situation will soon become more divisive. With the Liberals holding power in almost every state an Abbott election victory will sharpen class conflict at national level. If this scenario eventuates it will resemble New Zealand`s Ruthenasia period of the early 1990s. Open Federal attacks on union rights and the welfare state are not far away. This prospect, I think, helped unify the conference.

Certainly, the days of factionalism, splittism and the authoritarian party are well gone. The new generation of Marxists and socialist activists do not pine for the Soviet model, the Maoist model or the cold war. Lenin and Trotsky are being re-examined as intellectuals and activists with contemporary relevance rather than as icons of a governing orthodoxy. And, pre 1917 debates among Marxists and anarchists have made a welcome re-appearance. In this context the importance of `Occupy` internationally, cannot be overstated. Social media advances the capacity to organize horizontally and simultaneously across different sites of struggle. Although effective political leadership remains vital the old Party and factional hierarchies are no longer workable.

As the Melbourne Marxist conference itself illustrated, ecumenical solidarity on the left is practically possible and politically necessary. That’s why I write for the Daily Blog.