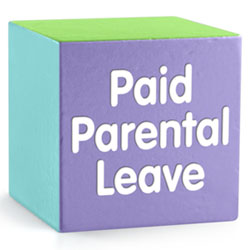 The strengthening of New Zealand’s paid parental leave scheme is still hostage to political promises made 14 years ago. It’s time to move on. PM Helen Clark’s commitment to business that an employer levy to fund leave payments would only be introduced over her “dead body” resulted in full state funding for the first 12 (now 14) weeks of leave at a current cost of $156 million a year. At the time the gesture saved the average employer less than $1.50 per week per employee.

To put that promise into perspective, the 12 week scheme, even with the higher maximum payments originally proposed by the Alliance, would have cost employers the equivalent of ANZAC Day falling on a Monday instead of a Sunday. Parliament has just passed a law to Monday-ise not just ANZAC Day but also Waitangi Day – a new cost on employers that’s roughly the same as the level of payroll levy that could fully fund 26 weeks paid parental leave at at least the current rate.

For the cost of just one of those Mondays employers could fund Labour MP Sue Mornoney’s worthwhile proposal to extend leave to 6 months. It could also raise the payment cap. Instead that extension is at the mercy of Bill English’s veto. Even with Labour and Greens on the treasury benches improvements to parental leave will be competing for priority with funding for schools, health programmes, child poverty alleviation and dozens of other basic needs – as long as we continue to only look to state coffers to pay for it.

Tomorrow I’m making my submission to the select committee considering the Moroney Bill. I’ll support the extension of leave to 26 weeks. I’ll also suggest that this and future improvements to the scheme should be more strongly linked to its employment rights objectives and taken out of the competition for state resources.

Yes, paid parental leave has a wide range of social and general economic benefits. And yes, extending leave from 14 weeks to six months as proposed by the current bill would enhance those benefits. We are well past litigating the benefits of adequate time off work for new parents, especially mothers. But we do need to relitigate the double-standard that applies to this necessary leave in comparison to other forms of necessary leave from work. No one questions full employer funding of annual leave, sick leave, statutory holidays or work injuries. Even non-work injury costs (including 80% of lost earnings after the first week off work) for earners is paid for through a universal levy on all earners.

Let’s look at some of the numbers generated by this double standard.

While men currently make up about 53% of the employed workforce, of the total ACC bill for work and non-work injuries funded by either the employers or the earners accounts (i.e. funded directly by all employers and all workers) 71% is claimed by men, a dollar difference of more than $641 million last year. Now let’s assume that all the extra paid parental leave Parliament is considering was used by mothers. That would cost another $133 million. If that was funded from the workplace (a payroll levy) it still only amounts to just 20% of the gap between the cost of ACC for men and for women.

Babies, like accidents, are normal lifetime experiences which necessitate time off work. It just so happens that it’s generally women who need that time off for babies and it’s generallly men who have expensive accidents. We’ve seen our way as a society to adequately addressing one of these necessities as an employment right, but not the other. That is what structural discrimination looks like.

In the case of paid parental leave the discrimination goes further. Those leave entitlements we all benefit from more or less equally – annual leave, sick leave, bereavement leave are funded at 100% of our earnings as normal wages. ACC is paid at 80% of earnings. The current 14 weeks of parental leave is paid at a maximum of $475.16 a week – or about 58% of the average full time wage for women.

As Parliament considers this first really significant expansion of the scheme it is time to re-visit the funding issue. There will be a point at which longer and higher value leave entitlements provide diminishing direct returns to society as a whole. That does not mean the importance of other grounds for supporting longer and higher value paid leave are also diminished. In particular the employment rights and equity considerations that have been a key driver for paid parental leave in New Zealand remain as strong at six months as they were at 12 or 14 weeks.

By allowing the current 26 week Bill to get to a Select Committee Parliament has tentatively supported longer paid parental leave. Ironically, through much of the life of the Bill, ACC was consulting on new employer and earner levies that would have reduced its annual levy income by more than $317 million per annum, or nearly 2.4 times the amount needed to fund the extension of paid parental leave to 26 weeks. This followed reductions the year before of 22% and 17% for employers and earners respectively. A fraction of these savings – actual and proposed – could have been transferred to much better paid parental leave. Not only 26 weeks, but a fairer cap that didn’t cut wages by an average of 42% for women on leave and some separate paid leave for partners or fathers to increase the uptake of paternity or partner leave.

We are locked into a paradigm that sees paid parental leave as principally a social beneft rather than an employment right. It is forced to compete for state funding with every other basic need. As long as that continues our entitlements will remain inadequate – in length or in value or both – and we will continue to trade off the right of workers to a reasonable and properly paid work break when we have babies against more pressing priorities.