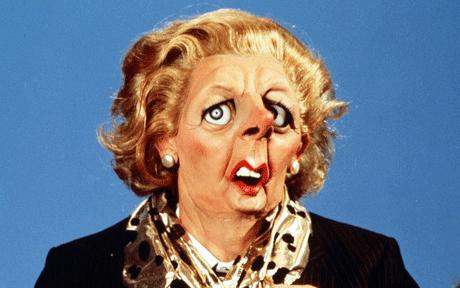 When a figure of injustice dies, those who loved the injustice rally quickly to start screaming for respect in death and begin building the mythology that the injustice was righteous.

We saw it here with the death of Paul Holmes and the need to hold the petty bigotry he so enabled as the benchmark of broadcasting respectability.

Let’s be clear – Thatcher deserves no tears in death, she deserves contempt.

Margaret Thatcher was a neoliberal enemy of the people – pretending she deserves respect at her passing is dangerous myth making.

Other than destroying the working class in Britain, Thatcher helped cause the first Gulf War, passionately supported the 2003 re-invasion, She denounced Nelson Mandela and the ANC as a “terrorist”, and supported dictators like Pinochet, Saddam Hussein & General Suharto.

If there’s a hell, she deserves to be there

Let’s hope all the Iron Lady stood for will now rust.