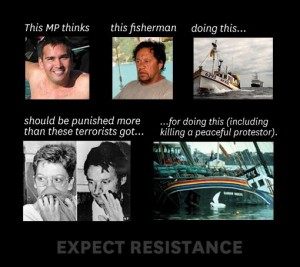 How are you settling into your new job?

Enjoying it? Great. Just wanted a quick word with you on this whole amendment to criminalizing protesters by allowing the military to arrest citizens.

It’s not just the ability of our armed forces being able to be used against domestic targets that concerns me Simon, it’s the fact you wont allow the public to discuss this and you wont vett this change past the Attorney-General for breaches of our Bill of Rights Act.

It’s your great Grandchildren you are betraying here.

You wont save their future environment, but I suspect you’re egotistical enough to protect their name.

Don’t dare attempt to hide behind the technicality of the Supplementary Order Papers to explain away zero public input and civil rights scrutiny. That you intend to allow the Army, Navy or Air Force to arrest New Zealanders without letting New Zealanders have a say on that is democratic vandalism.