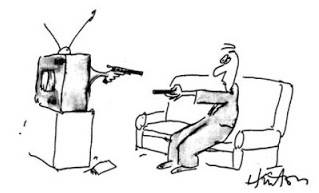 Recorded crime drops around country
More than 30,000 fewer crimes were recorded throughout New Zealand last year, according to police figures – the lowest total in 24 years.

No one will be more disappointed by the historically low crime rates than the National Party, the Police, Sensible Sentencing Lynch Mob or the media.

It’s difficult to terrify NZers about rampant crime when there isn’t any.

Governments need you to be fearful of each other, nothing inspires draconian legislation like the fears of the middle classes and the National Party love to beat the ‘get tough on crime’ drum with all the passion of hippies at a bongo festival. National have justified handing our public prisons over to private interests to deal with all these criminals, but if we are seeing our crime rates crash, how will SERCO make a profit?

No worries, new laws aimed at the partners of beneficiaries will see our prisons bulging and if the public can be frightened enough by stoned drivers, we’ll throw them in there too. New laws to arrest protesters unveiled by Simon Bridges will help and let’s not forget the over 8000 NZers arrested for drug possession last year. If the Government need SECO to make money, rest assured we’ll have another knee jerk response to cannabis conveniently pop up.

The Police won’t be pleased with this drop in crime. How can they convince the public they need guns if there aren’t any perceived threats? The NZ Police have used fear mongering to spectacular effect. They have justified illegal spying, have been give retrospective legislation to hide their illegal spying, have used the Courts to falsly generate fake cover stories, have managed to move the evidential thresholds for ‘organized crime’ (even though ‘organized crime’ is just 3 people who know each other) and let’s not forget the vast new surveillance powers where Police can break into your homes with no judicial oversight whatsoever and plant spy cameras in your homes.

Difficult to justify all that unchecked Police power when there is no one to actually chase. It’s just a matter of time before a bored Police force start inventing criminals.

But let’s not forget the real losers here, the NZ Media. Where would talkback radio and TV News and our venerable newspaper journalists be without a steady stream of press releases from Police to fill their media spaces. News Editors around NZ will be on suicide watch as they contemplate doing some actual work rather than plopping some fresh faced graduate outside the Court to retell the graphic violence of the day.

When it comes to crime, if it bleeds, it leads. This is ratings driven drama aimed at producing heat. not light. If TVNZ thought they could get away with it, they would have started calling Stewart Murray Wilson the 8-armed vampire monster from Blenheim.

I hope my contempt is sinking in.

We have had our very natural responses to crime manipulated and used against our wider interests for too long in NZ. It has led to one of the highest incarceration rates in the developed world, by 2014 it will have led to us having the highest percentage of prisoners in private prisons and it has led us to agree to the largest erosion of our civil liberties in modern political history.

Seeing crime drop should be a wake up call to the general public that our fear and anger have been misused by groups in society whose only power is generated by keeping us angry and frightened.