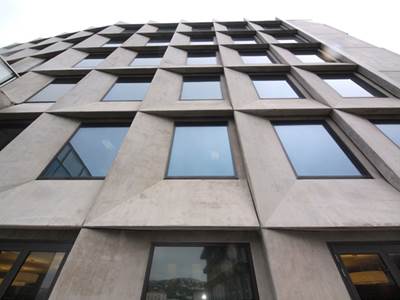 THE QUESTION is not whether the Prime Minister appointed his friend, Ian Fletcher, GCSB Director – but why?

For most of the Government Communications Security Bureau’s history (and that of its predecessors) its Directors have had very few distinguishing features. Which was entirely deliberate.

Most governments do not want the people in charge of their national security apparatus to be household names. Nor do they want them to have any traceable links to the high-profile and controversial world of politics. The Director of the GCSB should be grey; he should be faceless; he should rise and disappear without trace.

Under John Key, things have changed.

The first sign of something very strange going on in the upper floors of Pipitea House came in August 2010 when the very high-profile Lieutenant-General, Jerry Mateparae, former Chief of Defence Force, was appointed GCSB Director.

There was nothing the least bit unusual about a military officer being involved in signals intelligence, but Jerry Mateparae wasn’t just any military officer – he was the military officer. The man who’d fronted for the New Zealand Defence Force (NZDF) on the six o’clock news; the man upon whose desk, from 2002 until 2011, the buck on all matters relating to the NZDF’s involvement in Afghanistan stopped.

New Zealanders knew Jerry Mateparae – and, for a GCSB Director that was unusual.

Not that Lt-Col. Mateparae was GCSB Director for very long. In fact between his taking up the post on 7 February 2011 and relinquishing it on 1 July 2011 he barely had time to learn where the spare coffee filters were kept.

No matter, in his new posting, making one’s own coffee was not included in the job description.

Sir Jerry Mateparae is the first New Zealand Governor-General to come from a military background since Sir Bernard Fergusson’s appointment back in 1962. Sir Bernard, himself, was also the last non-New Zealander to hold the vice-regal office.

There’s a good reason for that.

Back in 1962, Buckingham Palace and No. 10 Downing Street had considerable input into the choice of Her Majesty’s representative. The New Zealand Establishment of the time saw nothing untoward in this and accepted the British Government’s recommendations without demur. In the case of Sir Bernard, however, New Zealand’s trust in the “Mother Country” was misplaced.

Though it never made it into the newspapers, Sir Bernard had a deeply troubling backstory. In 1946, as the British struggled to hold onto their mandate in Palestine, he was involved in an ugly human-rights abuse case – some might even call it a war crime. You can read the details here.

Not so difficult to work out, then, why, since Sir Bernard Fergusson, every New Zealand prime minister has advised the Queen appoint a New Zealand citizen as her Governor-General. Successive governments have also made sure that the chosen men and women came into the office with clean hands.

Every New Zealand prime minister, that is, until John Key.

Our present Prime Minister didn’t seem to care that the man he chose to replace Sir Anand Satyanand had been the Chief of the Army at a time when New Zealand soldiers were involved in a war every bit as brutal and as fraught with international human rights violations as the United Kingdom’s “policing” of Palestine in the 1940s. Not even the publication of Jon Stephenson’s alarming Metro article “Eyes Wide Shut” in May 2011, in which the role of the NZ Special Air Service in Afghanistan came under the most critical scrutiny, was sufficient to give the PM pause.

Sir Jerry took up his vice-regal duties on 31 August 2011. Which was fortunate, because, just six months on from that date, the spy agency of which he had been the Director found itself illegally embroiled, alongside New Zealand’s Organised and Financial Crime Agency (OFCANZ) in the FBI-inspired surveillance and arrest of the German-born Internet entrepreneur – and alleged copyright violator – Kim Dotcom.

Which brings us back (at long last!) to the appointment of Sir Jerry Mateparae’s successor at the GCSB, Ian Fletcher. Mr Fletcher took up the post just nine days after armed Police had raided Dotcom’s Coatesville mansion. A time when concerns about the legality of the GCSB’s role in the Dotcom surveillance operation were troubling the Bureau’s senior personnel.

Lacking any background in either the intelligence community, the armed services or the upper echelons of the civil service, Mr Fletcher’s appointment appears, at first blush, to be a little odd. His close personal relationship with Prime Minister Key, dating all the way to their school days, makes it even odder.

The revelations of the Dotcom extradition case, however, make it less odd.

It is clear that the GCSB has expanded its role considerably since its formation in 1977. Back then it was involved almost exclusively in signals intelligence operations on behalf of the United States’ National Security Agency. In the aftermath of the terrorist attacks of 9/11, however, its remit appears to have been broadened to include electronic spying on “Persons of Interest” to our own – and our allies’ – national security and law enforcement agencies.

This new remit has removed the Bureau from the foggy world of signals intelligence and pushed it into the much more dangerous daylight of politics. Prime Ministers who were once quite happy to be kept out of the NSA loop, now need to be kept fully up-to-speed with who the GCSB is listening to – and why.

So, the GCSB Director John Key was looking for had to be someone he could trust: someone with good political instincts; someone comfortable with fronting-up to (and, if necessary, stonewalling) the news media. Someone, in short, like Jerry Mateparae. Or, even better, someone like his old school acquaintance, Ian Fletcher.

What did the Prime Minister and his new GCSB Director talk about in 2012? Did Mr Key ever inquire about Mr Fletcher’s predecessor in the job? Was he concerned to know how far back into 2011 the FBI’s operation against Kim Dotcom extended? Was he keen to find out exactly when the New Zealand end of the operation was given the green light – and by whom? Did he ask his Director – a man with the means to intercept any cell-phone call, any e-mail, any text message that might impinge on New Zealand’s national security – if there was any reason for him to revise his assumption that whatever may have happened in Afghanistan between 2002 and 2011 was going to stay in Afghanistan?